Sheltered pockets of cooler and more variable conditions in the British countryside may help native species of flora and fauna survive warming temperatures caused by climate change, researchers have found.

As global temperatures rise, some species of butterfly, beetle and plant are already beginning to disappear from the warmer parts of their geographical range.

By the end of this century, many of our native species will be experiencing intolerable temperatures, forcing some of them to move northwards and uphill.

However, researchers based at the Universities of Exeter and York suggest that locally variable habitats such as hummocky hillsides or shaded valleys could help a range of native species survive this modern warming episode - in much the same way as species such as red deer and squirrel survived the Ice Age by seeking refuge in pockets of warmer conditions sheltered from the extreme cold.

Analysing five million records of plants and animals collected by members of the public in England, the researchers found that a number of these microclimates or "refugia" are already being used as alternative habitats for many species sensitive to warming.

For some species, the beneficial effect of refugia could be substantial; for example, the researchers estimate that refugia have reduced the probability of extinctions of Dark Green Fritillary butterflies (Argynnis aglaja) by 63% in the parts of the country that have warmed the most.

Lead author of the study, Dr Andrew Suggitt, said: "It is tempting to think it might be quite nice for the UK to warm up by a few degrees, but this will actually be really bad news for many of our native animals and plants that are adapted to our cooler, wetter climate.

"However, refugia within the varied topography of the British landscape can have a local temperature difference of as much as seven degrees in daytime maximum temperature, making them extremely important alternative habitats for many climate-sensitive species."

For the substantial number of plants and animals that are not mobile enough to shift their geographical range in response to warming, alternative microclimates can provide shelter from rising temperatures within the landscape they already inhabit.

The researchers suggest that in areas where there is not a huge variety in localised conditions, such as in flatter regions like East Anglia, refugia could be artificially created.

Dr Suggitt added: "Refugia buffer species from adverse climate change, and so they could play an important role in our response to this huge challenge. This includes making sure that important refugia are protected. Where refugia do not occur naturally, pre-existing engineering or infrastructure projects could be adapted to ensure that variable terrain is left behind and available for our wildlife to use.

Director of the research, Dr Ilya Maclean, from the University of Exeter, said: "The public can also do their bit by encouraging a good mix of sunny and shady spots in their gardens, and by planting species that offer a lot of cover alongside those that offer less. Now that we know a substantial amount of warming will unavoidably take place this century, it's about giving our plants and animals as many options as possible to avoid the adverse heat."

Co -author of the study, Dr Mike Morecroft from the government conservation body Natural England, said: "This study has provided us with the best evidence yet that refugia can make a real difference to the fate of species threatened by climate change. We now have a good understanding of where they are and which species most need the lifeline they provide. We're working to incorporate this new knowledge into our conservation planning and management."

'Extinction risk from climate change is reduced by microclimatic buffering' is published in Nature Climate Change. The project was funded by Natural England and the Natural Environment Research Council.

Microclimates may provide wildlife with respite from warming temperatures 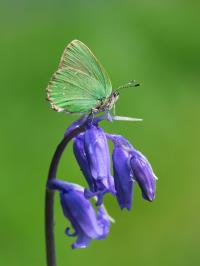 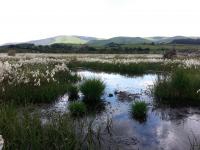