It isn't easy being a loner -- someone who resists the pull of the crowd, who marches to their own drummer.

But loners exist across the natural world, and they might just serve a purpose, said Corina Tarnita, an associate professor of ecology and evolutionary biology. She ticked off examples of loners who sit out their species' collective actions: the small herd that skips the great wildebeest migration, the locusts that peel off from the swarm and revert to calm grasshopper behaviors, the handful of bamboo that flower a few days before or after the rest of the species, and the slime molds that hang back from forming the swaying towers studied by Princeton luminary John Bonner.

"Now that we're starting to look for it, we realize that a whole lot of systems are not perfectly synchronized -- and it's tantalizing to think that that there may be something to this imperfect synchronization," Tarnita said. "Individuals that are out-of-sync with the majority of a population exist in humans, too. We call them misfits or geniuses, contrarians or visionaries, very much depending on how the rest of the society feels about their behavior, but they certainly exist."

To Tarnita, the problem with collective systems like wildebeest migrations and locust swarms is that they do not easily lend themselves to experimental manipulation, to testing whether loners are random or a predictable quantity, possibly subject to natural or cultural selection. But she and her collaborators found an ideal system in which to test these questions: the cellular slime mold, Dictyostelium discoideum. In the March 19 issue of PLoS Biology, they demonstrated that evolution could indeed select for loner behavior in slime molds. Loners are both an ecological and an evolutionary insurance plan, a way to diversify a genetic portfolio to ensure the survival of the social, collective behavior.

Consider the humble slime mold. As seen in the many videos Bonner made over his seven-decade career, when they are threatened by starvation, the tiny amoebae coalesce into slug-like creatures that then aggregate into a large, swaying tower that grows upward with a burgeoning slimy top -- until that top sticks to an unwitting passing insect, the starvation-resistant spores hitchhiking out into the world, while all the individuals making up the base and stalk die. In other words, the collective phase is necessary for survival and dispersal.

"Whenever a system has a collective behavior, it's so eye-catching, and so awesome -- and as humans, we tend to look at what's eye-catching," said Fernando Rossine, a graduate student in Tarnita's lab and one of two co-first authors on the paper.

But what caught Tarnita's eye were the slime mold loners, the amoebae that resist the biochemical call to form the tower. She first noticed them the week before she started her faculty job at Princeton in 2013.

"I was at a conference, and a speaker was showing videos of slime molds doing this very complex collective behavior, all determined to reach the center of aggregation," Tarnita said. "All but some, I noticed: Here and there, some scattered cells on the plate just didn't seem to react at all to this aggregation process."

She inquired about these lonely cells, and the speaker dismissed them as "mistakes." "In other words, how could we even expect millions of cells to aggregate without a few chance stragglers being left behind?" explained Tarnita.

When she got to Princeton, Tarnita connected with Allyson Sgro, who was then a postdoctoral researcher in the lab of Thomas Gregor, a professor of physics and biophysics. Sgro is now an assistant professor of biomedical engineering and physics at Boston University.

Together, Tarnita and Sgro "just started to poke at the loners a little bit," Tarnita said. They tested the loners to see if they were flawed in some way, but they couldn't find anything wrong with them. The loners would eat if given food, and they could divide and make offspring and do everything a healthy slime mold does. And when they starved, their progeny could assemble into the reproductive tower that their parents had resisted previously. But they, too, left behind some loners.

As a theoretical ecologist, Tarnita is drawn to these naturally occurring puzzles, which she tackles with mathematical models. This time, she started with some fundamental questions: What if having some loners stay out of the tower is not just a mistake? What if this is actually part of the strategy of this organism? How might that work?

In a previous paper, Tarnita and her co-authors -- which included Sgro and Ricardo Martinez-Garcia, Tarnita's then-postdoc who is now an assistant professor in biological physics at the South American Institute for Fundamental Research, in Brazil -- theorized that it could make sense for some fraction of the slime mold population to remain behind in order to take advantage of any resources that might return in the environment while the rest of the cells are aggregating. They showed that this was theoretically feasible, but the dream was to eventually fully characterize the loner behavior experimentally.

Over several years, multiple graduate students tackled the problem, but the challenges appeared insurmountable. For example, the very first step towards characterizing these loners required being able to rigorously and precisely count them. But amoebae have a non-descript, formless shape, which makes it hard to distinguish a single cell from a tiny group of two or three cells.

In came Rossine, whom Tarnita describes as "extraordinarily creative, both conceptually and experimentally." With guidance from Sgro, as well as from Gregor, in whose lab all the experimental work was performed, Rossine began to master the system.

First, he was surprised to find that loners are more numerous than anyone had imagined. When he began trying to replicate the slime mold experiments of other researchers, Rossine discovered that those scientists had carefully optimized conditions to encourage the maximum number of slime molds to join the tower, but even then, a few loners held back. "Even in these very, very idealized conditions, you couldn't exclude loners, because you just can't -- they're part of the process," he said. When Rossine did experiments with slime molds collected from the wild, he was startled to see that up to 30% chose the loner life over collective action.

Then came the second surprise: Tarnita's initial proposal for the nature of these loners turned out to be only half right. When Rossine accurately counted the loners, he confirmed Tarnita's hypothesis that they are decidedly not random mistakes, but a heritable trait. However, they were not a constant fraction of the initial population of starving cells, as she had theorized. Instead, their number depended on the density of the population. In other words, loners were not flipping a coin and deciding, by themselves, to stay back, as Tarnita had first assumed.

In the smallest populations, they found, all the cells remain loners. Above a certain threshold, there is indeed a steady fraction of amoebae that avoid tower-building -- but with a large enough starting population, the number of loners plateaued.

"This was exhilarating because it meant that we had originally been right that the loners were far from boring, but it also meant that, theoretically, we needed to go back to the drawing board," said Tarnita. Led by Martinez-Garcia (who shares first author honors), with constant input from Rossine, the modeling effort took a couple of years to develop and begin to give insight into the experimental findings.

Their combination of experimentation and theoretical modeling sets this work at the "frontier of our understanding," said Silvia De Monte, a modeler of eco-evolutionary population dynamics with CNRS, IBENS, Paris and the Max Plank Institute, who was not involved in this research. "This interdisciplinary approach sheds new light on the processes underlying the formation and evolution of aggregative multicellularity," she said. "Tarnita and her colleagues provide evidence that the proportion of solitary cells in the social amoeba Dictyostelium discoideum is not simply determined by each cell individually tossing a coin. It results instead from interactions between the [organism] and the environment."

Collective actions provide huge benefits but they often come with risks, whether it is cheaters undermining the cooperation necessary to build a slime mold tower or rinderpest -- an infectious disease also known as cattle plague -- spreading aggressively through the dense wildebeest migrants. The loners who hang back might therefore serve as a bet-hedging strategy, ensuring that damage to the majority doesn't wipe out the entire population or its ability to be social. In other words, and counterintuitively, the loners might be the key to preserving the social aspect of these systems -- they themselves are not social, which makes them invulnerable to the kinds of threats that collectives face, but their offspring retain the ability to be social under the right conditions, so sociality is preserved.

"It's a social bet-hedging," said Rossine. "And a fascinating conclusion that follows from our findings is that, at least for slime molds, the decision not to become part of the collective is, in fact, taken collectively. All the cells kind of talk to each other chemically: 'Oh, you're going? I guess I'm staying.' There's communication involved in becoming a loner."

The work was successful only because of the remarkable cross-disciplinary spirit that characterizes the Princeton campus, said Tarnita. "The high density of really smart people who are all primed to think interdisciplinarily makes it very easy to start collaborations and even to produce these kinds of papers, where all the authors are from Princeton," she said.

"Eco-evolutionary significance of 'loners'" by Fernando W. Rossine, Ricardo Martinez-Garcia, Allyson E. Sgro, Thomas Gregor and Corina E. Tarnita, appears in the Mar. 19 issue of the journal PLoS Biology. Their research was supported by the Gordon and Betty Moore Foundation, the Simons Foundation, the National Institutes of Health, the Burroughs Wellcome Fund, the Alfred P. Sloan Foundation, and the National Science Foundation. 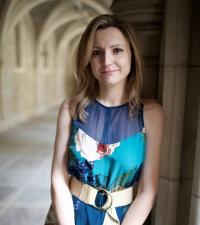 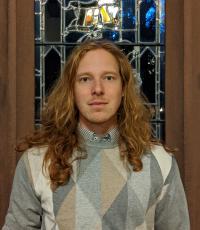