BLOOMINGTON, Ind. -- Indiana University researchers are advancing knowledge about how bacteria build their cell walls that could contribute to the search for new antibacterial drugs. They have created a new tool to observe living cells in real time under a microscope.

"If you look at the history, no one's really discovered a fundamentally new class of antibiotic for the past 40 to 50 years," said IU chemist Michael VanNieuwenhze, who led the study. "Antibiotic resistance is a significant and urgent public health threat, and we think that new ways to address it -- including this -- have significant value."

The need for new ways to study bacteria is driven in large part by the threat of bacterial resistance. According to the Centers for Disease Control and Prevention, at least 2 million people in the U.S. get an antibiotic-resistant infection each year, and at least 23,000 people die.

"This new technology takes advantages of specific cellular enzymes to stick colored dyes -- or 'probes' -- into the walls of bacterial cells," VanNieuwenhze said. "Since these same enzymes are inhibited by other well-known antibacterial compounds -- most notably, penicillin -- we could theoretically also use these probes to seek out entirely new classes of drugs that inhibit the same reaction."

VanNieuwenhze's lab has already created two other cellular probes patented through IU -- called FDAAs (fluorescent D-amino acids) and DAADs (d-amino acid dipeptides) -- which are in use in laboratories across the globe. Their new class of probes, which build upon these earlier advances, are called rotor-fluorogenic D-amino acids, or RfDAAs. IU has also filed for a patent on this technology.

The main advantage of RfDAAs is their ease of use and ability to show cellular activity in real time.This is because the probes don't require washing steps to remove unincorporated chemicals that blur the distinct boundaries between bacterial cells and their surrounding environment.

Instead, RfDAAs only light up when they're integrated into bacteria's cell walls as part of the regular growth process. The probes illuminate cell walls faster and clearer without the steps that can stop cellular activity.

It's the difference between a snapshot and a video, VanNieuwenhze said. A video provides much more information about how cell walls grow, change and interact with their environment.

Already, VanNieuwenhze has launched a collaboration with IU School of Medicine to apply these methods to the search for new inhibitors of bacterial cell wall synthesis, and the probes are also in use to study bacterial cell division, which may unveil new targets for antibiotic discovery. In addition, the biotechnology company ThermoFisher Scientific recently purchased exclusive rights to market the two earlier probes as commercial products; other industrial groups have reached out about applying the technology to high-throughput screens designed to identify new drug leads.

VanNieuwenhze is the Standiford H. Cox Professor of Chemistry in the IU Bloomington College of Arts and Sciences' Department of Chemistry. Other authors on the paper include IU Distinguished Professor Yves Brun; Brennan Murphy of the IU Department of Chemistry; and Yen-Pang Hsu, Garrett Booher and Jacob Yablonowski of the IU Department of Molecular and Cellular Biochemistry. Additional authors are Edward Hall of Hanover College, Erkin Kuru of Harvard University and Atanas Radkov of UC-San Francisco, who all began work on the project as IU Ph.D. students, and Caitlyn Mulcahey, an IU undergraduate student who joined VanNieuwenhze's lab as a rising freshman through IU's STAR program. Laura Alvarez and Felipe Cava of Umeå University in Sweden also contributed to the study.

The work was reported Feb. 25 in the journal Nature Chemistry. It was supported in part by the National Institutes of Health. 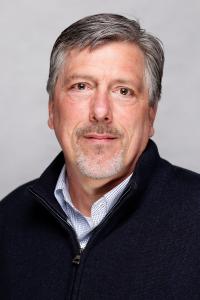