The launch of Orbital's Antares rocket is planned for July 12 from the Mid-Atlantic Regional Spaceport's Pad 0A at NASA's Wallops Flight Facility in eastern Virginia. Antares is schedule to deliver the Cygnus spacecraft to the space station on July 15.

On the Orbital-1 mission in January, Planet Labs of San Francisco launched an initial fleet of 28 CubeSats - individually known as Dove satellites - from the space station. This collective group of small nanosatellites, known as Flock 1, will be joined by 28 additional Dove satellites, Flock 1b, on the Orbital-2 mission. They will deploy using the NanoRacks Smallsat Deployment Program to launch from the space station's Japanese Experiment Module airlock. View the illustrated simulation to see how these CubeSats deploy into space.

These two Flocks among others that will be launched in the future aim to image the entire planet on a more frequent basis. These images can be used to help identify and track natural disasters and responses to them, as well as improve environmental and agricultural monitoring and management among other applications.

Another satellite-related investigation, TechEdSat-4 will take place on the Orbital-2 mission. This investigation is part of a larger ongoing study, the Small Payload Quick Return (SPQR) system, which provides a means of returning small payloads in a temperature- and pressure-controlled environment from the space station. TechEdSat-4 will deploy using the JEM Small Satellite Orbital Deployer. Its primary objective is to further develop an "Exo-Brake" device to demonstrate a passive deorbiting system capable of accurately re-entering Earth's atmosphere. The exo-brake is an exo-atmospheric passive braking device, like a specially designed parachute that operates at extremely low pressures that will eventually enable small samples to be returned from the space station or other orbital platforms.

The overall SPQR system may benefit future space exploration by creating unique de-orbits and re-entry systems. This investigation also provides detailed information on the atmospheric structure of the thermosphere, the layer of the Earth's atmosphere directly above the mesosphere and below the exosphere, by comparing and helping to refine models based on de-orbit data. The ability to return samples quickly and independently of return vehicles permits prompt analysis, leading to results and publications of on-orbit investigations for researches on Earth.

A third investigation launching on the Orbital-2 mission is NanoRacks-Girl Scouts of Hawai'i-Microgreen Plant Growth. The purpose of this study is to collect data on the viability of edible plants grown in microgravity, supporting further human space exploration by contributing to the future goal of maintaining an available supply of fresh produce for crew members.

The Girl Scouts of Hawaii researched and tested several different varieties of plants, ultimately choosing arugula microgreens to grow hydroponically in water, rather than in soil. Microgreens are herbs that are small in size, germinate quickly and can be harvested 10-15 days after sprouting, which are essential traits needed when working with limited growing space. The team proceeded to then design the incubator to hold the hydroponic system and the computer programming to enable the payload to operate remotely while on the space station. Both of these steps required the team to work together and implement design revisions and learn new skills, such as writing computer code.

In order to write the LED light code, the Girl Scouts had to determine which lights were most optimal for arugula microgreens. The team determined that a purple light frequency made up of red and blue would be the best choice. After implementing the computer code, an electrical interface board was designed using a computer software program called PCB Express. This program helped the team ensure that the electrical components were not going to interfere with the payload's bracket, plant incubator or water bag. After some additional changes, the team was able to put together all of the components of the payload, slide them in the MicroLab and load all of the flight ready computer programming codes.

This investigation will not only be beneficial for space exploration, but it will also show how communities on Earth with little to no agricultural land and sunlight can grow edible plants in small spaces at relatively low costs.

Another investigation that will be taking place is the NanoRacks-National Center for Earth and Space Science-Charlie Brown, in association with the Student Spaceflight Experiment Program (SSEP). This program is an initiative of the National Center for Earth and Space Science Education, held in partnership with NanoRacks, LLC. This science, technology, engineering and mathematics (STEM) education initiative provides numerous students across the United States the ability to propose and design real experiments to fly in low-Earth orbit on the space station. This investigation actually consists of 15 independent studies that were selected out of 1,344 student team proposals.

These individual studies range from food growth and consumption, to determining the effect of microgravity on oxidation, to even the production of penicillin on the space station.

As NASA continues to prepare for longer missions, the need for sustainable food and supplies is more important. These investigations will not only provide some invaluable information to help achieve these objectives, they also will help communities on Earth learn how to use their own space and limited resources more effectively.

These are just a few of the numerous investigations that will be heading to the space station on the Orbital-2 mission. Each of these investigations, whether they involve launching nanosatellites, working with the Girl Scouts and Charlie Brown or anything in between, will help push the boundaries of space exploration and help create a better world here on Earth. 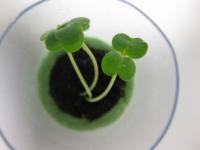