Scientists have inventoried and categorized all of Earth's rare mineral species described to date, each sampled from five or fewer sites around the globe. Individually, several of the species have a known supply worldwide smaller than a sugar cube.

These 2,550 minerals are far more rare than pricey diamonds and gems usually presented as tokens of love. But while their rarity would logically make them the most precious of minerals, many would not work in a Valentine's Day ring setting. Several are prone to melt, evaporate or dehydrate. And a few, vampire-like, gradually decompose on exposure to sunlight.

Their greatest value to humanity lies in the tell-tale clues they offer about the sub-surface conditions and elements that created them, as well as insights into the planet's past biological upheavals. In fact, rare minerals represent Earth's truest distinction from all other planets, according to authors of a paper in press to appear in the journal American Mineralogist.

Scientists Robert Hazen of the Carnegie Institution and Jesse Ausubel of The Rockefeller University say that knowing fully the mineral signature of our life-supporting planet -- understanding the distinct combinations of circumstances that create rare minerals -- also informs anticipation of what an inter-planetary probe might find.

Their paper, "On the Nature and Significance of Rarity in Mineralogy," establishes the first system for categorizing rarities in the mineral kingdom and provides mineralogists a framework that parallels one used for understanding rare plant and animal species.

The authors note the irony that precious gems and other minerals highly valued by humankind -- including so-called "rare earth" minerals required to make electronics -- don't meet the definition of rare as far as Planet Earth is concerned.

Says the paper: "Diamond, ruby, emerald, and other precious gems are found at numerous localities and are sold in commercial quantities, and thus are not rare in the sense used in this contribution. Uses of the word 'rare' in the context of 'rare earth elements' or 'rare metals' are similarly misleading, as many thousands of tons of these commodities are produced annually."

On the other hand, notes Dr. Hazen, the mineral ichnusaite (image, http://bit.ly/1NUniMX), exemplifies a true rarity -- created through a subterranean mash-up of the radioactive element thorium and lead-like molybdenum, with only one specimen ever found, in Sardinia a few years ago.

"If you wanted to give your fiancé a really rare ring, forget diamond. Give her Sardinian ichnusaite."

There are 5,090 known, formally recognized mineral species (see endnotes), fewer than 100 of which make up 99% of Earth's crust, with a handful of feldspar species comprising about 60%.

Of those 5,090, roughly 2,550 are defined as rare -- found at five or fewer locations worldwide. And, according to the paper, more than two-thirds of known mineral species, "including the great majority of rare species, have been attributed to biological changes in Earth's near-surface environment."

"We need to re-think 'animal, vegetable, or mineral'," says Prof. Ausubel. "In the old parlor game, if it isn't alive, doesn't grow and comes from the ground, it's a mineral, but some of these rare minerals do grow and don't entirely come from the ground."

Each rare mineral (a selection of 99 examples is available at http://bit.ly/1KlU6U4) fits into one or more of four categories:

1) Unique conditions that created the mineral

"In very simple terms, imagine making minerals at a kitchen stove using a pressure cooker," says Dr. Hazen. "What results in the pot is a function of variables: temperature, pressure and the ingredients -- one or more of just 72 chemical elements that make up Earth's mineral kingdom."

"Some minerals are rare because, even though they form from the commonest of ingredients, they must be cooked at exquisitely controlled conditions. For example, the mineral hatrurite, (http://www.mindat.org/min-1828.html) is formed from three of Earth's most abundant elements--calcium, silicon, and oxygen. But hatrurite forms only in a very restricted environment with temperatures above 1250°C -- many times hotter than the boiling point of water -- and in the absence of another extremely common element, aluminum."

By knowing the idiosyncratic combination of circumstances involved in a rare mineral's creation, scientists can deduce what elements are or aren't present at a specific depth, and in some cases such information as acidity at that level below surface.

Other minerals are extremely rare because their ingredients are almost never found concentrated in Earth's crust. Thus, such scarce chemical elements as beryllium, hafnium and tellurium form relatively few minerals and most species are rare.

Some minerals form under unusual conditions--extreme cold or dry environments, for example--but then simply melt, evaporate or dehydrate when exposed to different surface conditions.

A crystalline form of methane hydrate, for example, found in core samples from continental shelf and Arctic drill sites, evaporates at room pressure.

As well, "water-soluble minerals may also be under-reported, and thus appear to be rare," the paper says. More than 100 mineral species can persist in dry environments for many years, "only to be washed away during rare rain events."

In the fourth category are rare minerals that simply come from under-sampled regions, from extreme environments such as the flanks of erupting volcanoes, frigid and remote regions of Antarctica, or the deepest reaches of the oceans. Other minerals that may be much more common than are represented in mineral museums include a host of species that are difficult to recognize based of their lack of bright colors or showy crystal faces. Most mineral collectors favour eye-popping specimens for their display case.

As well, some minerals occur only at the micro or nano-scale. A number of rare minerals known only from Otto Mountain, near San Bernardino in southern California, for example, have been discovered recently through the use of high-tech instruments.

Positive sampling biases also likely affect perceptions of mineral rarity. Intensive searches for deposits of gold, uranium and "rare earths" needed by the electronics industry, for example, have undoubtedly led to the discovery and reporting of certain mineral species at more localities relative to commercially unimportant elements, according to the paper.

Most mineral experts are familiar with at best a handful of the 2,550 obscure rarities, says Dr. Hazen, citing the mineral fingerite from El Salvador as "a perfect storm of rarity."

"Fingerite forms under extremely restrictive conditions (category 1), from rare elements (category 2), it is water soluble and disappears when rained upon (category 3), and it comes from dangerous volcanic fumeroles near active volcanoes, so is rarely collected (category 4). Consequently, fingerite is only known from near the summit of the Izalco Volcano in El Salvador.

As in biology, the scientist who first describes a new mineral earns the right to name it. Fingerite (photo: http://bit.ly/1So4Ap4), described in 1983, was named in honour of mineralogist and crystallographer Larry Finger, a longtime colleague of Dr. Hazen.

The paper points out important differences between biological and mineralogical rarity. For example, biological species, once extinct, will not re-emerge naturally. Rare minerals, on the other hand, may disappear from Earth for a time, only to reappear when the necessary physical and chemical conditions arise again.

"In contrast to mineral species, biological species that do not become extinct nevertheless are constantly evolving, in some instances not so gradually, into new forms."

"Minerals do not evolve in this way, though an intriguing and as yet little explored aspect of mineralogy is how trace and minor elements and isotopes in common mineral species have varied through Earth history in response to changing near-surface conditions."

Finally, they say, "another possible contribution of rare minerals, though as yet speculative, relates to the origins of life. While most origins-of-life scenarios incorporate common minerals such as feldspars or clays, a number of uncommon minerals, including species of sulfides, borates, and molybdates, have also been invoked."

"We live on a planet with remarkable mineralogical diversity, featuring countless variations of color and form, richly varied geochemical niches, and captivating compositional and structural complexities. Rare species, comprising as they do more than half of the diversity of Earth's rich mineral kingdom, thus provide the clearest and most compelling window into the complexities of the evolving mineralogical realm."

The paper was prepared as a contribution to the Deep Carbon Observatory, a cooperative international project concerned with quantities, movements, origins and forms of the element carbon.

A mineral species is defined as a naturally occurring crystalline compound that has a unique combination chemical composition and crystal structure. As of January 31, 2016, the International Mineralogical Association (the official governing body for mineralogy) has approved 5090 species (see rruff.info/ima for a complete list).

In two other recently-published papers, Dr. Hazen and colleagues estimated that more than 1,500 mineral species remain undiscovered. And, of the roughly 5,000 known mineral species, about 8% (406) contain carbon elements.

In a mineral, the presence of carbon -- the stuff of plant and animal life -- is the multi-billion year mash-up result of life meeting rock.

An estimated 145 carbon-bearing minerals are unknown to science, and in December, 2015 the Deep Carbon Observatory created a public challenge to find them all by 2019 (http://mineralchallenge.net/), noting the most likely locations for finding them.

For a special Valentine? Beyond diamonds and gems: The world's rarest minerals 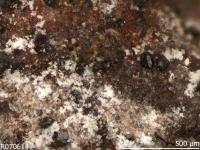 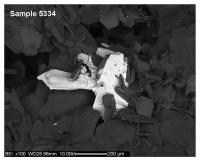