The different results for women and men suggest weight bias may contribute to the glass ceiling on the advancement of women to the top levels of management, said Mark Roehling, MSU associate professor of human resource management.

"The results suggest that while being obese limits the career opportunities of both women and men, being 'merely overweight' harms only female executives – and may actually benefit male executives," he said. "This pattern of findings is consistent with previous research indicating that, at least among white Americans, there is a tendency to hold women to harsher weight standards."

Roehling said the research is the first to focus on the potential effect of weight on career advancement to the highest levels of management. For the study, two groups of experts analyzed publicly available photos of CEOs from Fortune 1000 companies. The expert raters included individuals who were tested prior to the study to determine their accuracy in assessing body weight based on photographs, and medical professionals who by virtue of training and experience are experts at weight estimation.

Both groups found that only 5 percent of male and female CEOs at top companies were obese (body mass index greater than 30), which is much lower than the U.S. average of 36 percent for men and 38 percent for women of similar age.

Study findings also indicate that between 45 percent and 61 percent of top male CEOs are overweight (BMI between 25 and 29), which is higher than the U.S. average of 41 percent in similarly aged men. That means overweight men were actually overrepresented in top CEO positions.

In sharp contrast, only 5 percent-22 percent of top female CEOs were overweight, compared with the U.S. average of 29 percent among similarly aged women.

"This reflects a greater tolerance and possibly even a preference for a larger size among men but a smaller size among women," the researchers write in the study.

Said Roehling: "It appears that the glass ceiling effect on women's advancement may reflect not only general negative stereotypes about the competencies of women, but also weight bias that results in the application of stricter appearance standards to women."

Leading the research team with Mark Roehling was Patricia Roehling, professor of psychology at Hope College in Holland, Mich.

Weight discrimination could contribute to the glass ceiling effect for women, study finds 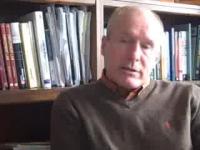