CHAMPAIGN, Ill. — Whatever does not kill a plant may actually make it stronger. After being partially eaten by grazing animals, for example, some plants grow bigger and faster and reproduce more successfully than they otherwise would. In a new study, researchers report that one secret to these plants' post-traumatic triumph lies in their ability to duplicate their chromosomes – again and again – without undergoing cell division.

While this process, called "endoreduplication," is not new to science, no previous study had looked at it in relation to the seemingly miraculous burst of growth and reproductive fitness that occurs in many plants after they have been grazed, said University of Illinois animal biology professor Ken Paige, who conducted the study with doctoral student Daniel Scholes.

"If you talk to a molecular biologist, they might know what endoreduplication is, but they haven't looked at it from the perspective of whole plant reproductive success," Scholes said. "We tried to link the two and found out there is a link there."

The study appears in the journal Ecology.

The researchers looked at Arabidopsis thaliana, a flowering plant in the mustard family that repeatedly duplicates its chromosomes in some cell types. The plant begins with only 10 chromosomes – five from each parent – but after repeated duplications, some cells contain up to 320 chromosomes.

The researchers compared the DNA content of two cultivars of A. thaliana that respond very differently to being grazed. Of the 160 specimens of each cultivar studied, half were artificially grazed (by clipping their central stems) and half were not. One of the cultivars, Columbia, rebounded dramatically after clipping, quickly regrowing stems and leaves and producing more seeds than the unclipped plants. In the other cultivar, Landsberg erecta, growth remained steady after clipping and the level of seed production declined.

A look at the number of chromosomes in the tissues of each plant type before and after clipping revealed that Columbia was able to rebound in part by speeding up endoreduplication in some tissues after clipping. Its sister cultivar, Landsberg erecta, however, did not.

"The overall DNA content goes up in one of the cultivars after clipping, but it doesn't change in the other," Paige said. "And we think it's that added boost that increases its reproductive success."

The added DNA content could allow the plants to increase production of proteins that are needed for growth and reproduction, Scholes said. More DNA also means larger cells.

"Because you have more DNA in the nucleus, you must have a greater nuclear volume, which causes your entire cell to get bigger," Scholes said. Increases in the size of individual cells can ultimately lead to an increase in the size of the whole plant.

"We tend to think that what you inherit is what you're stuck with," Scholes said. "But we're finding that plants are increasing what they have, and for the first time we're beginning to understand how they do that, and why."

In earlier studies conducted over 30 years, Paige found that – even in natural settings – plants can evolve the ability to bounce back after grazing.

"We've tracked the plants through generations, so we know that the ones that get eaten actually have up to a three-fold reproductive advantage over the ones that are never eaten," he said. "Now we are beginning to understand the molecular mechanisms that make this possible."

The National Science Foundation and the University of Illinois Research Board funded this study.

The paper, "Chromosomal Plasticity: Mitigating the Impacts of Herbivory," is available from the U. of I. News Bureau.

Some plants duplicate their DNA to overcome adversity 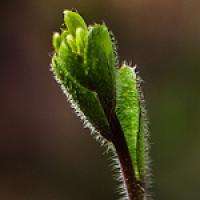