As many as fifteen million American women suffer from a disabling medical condition known as fibromyalgia. In the medical community, sides have been drawn over whether fibromyalgia is a genuine syndrome or a catchall diagnosis based on vague clinical criteria. In THE FIBROMYALGIA CONTROVERSY (Prometheus Books, $18.95), M. Clement Hall, MD presents an unbiased overview of the fibromyalgia situation today and reviews the most up-to-date opinions and studies on this condition and its surrounding controversy.

Fibromyalgia—affecting approximately five percent of the American population, mostly women—is characterized primarily by widespread pain, tender spots, decreased pain threshold, sleep disturbance, fatigue, and psychological distress. It is a chronic condition characterized by a pattern of vague symptoms that are difficult to diagnose and treat. The controversy among doctors is whether or not there is an actual disease that can be cured, rather than just a set of symptoms to manage.

"Despite being recognized as a diagnosable disease by the American College of Rheumatology, the Food and Drug Administration and most insurers, fibromyalgia has not completely shed the stigma of being dismissed as "psychosomatic" by some in the medical establishment." noted the Sacramento Bee in a May 31, 2009 article on patients not being taken seriously by their doctors. There are few conditions about which the medical profession is so polarised One side argues, sometimes heatedly, that patients are masquerading—pretending a disability they know they do not have. The other side counters, with equal passion, that fibromyalgia sufferers are abused by a society that fails to give them the support they deserve while painfully suffering from this severely debilitating illness.

In THE FIBROMYALGIA CONTROVERSY, Dr. M. Clement Hall presents six fictional, though factually based, case studies of typical patients from differing socioeconomic backgrounds and describes the varying investigations, diagnoses, and treatments they have undergone. Each of these case studies represents a composite of many years of clinical practice rather than one specific patient. Collectively, they cover the range of experiences fibromyalgia patients are likely to have encountered. By taking this unique approach, Dr. Hall presents an objective overview of the fibromyalgia situation today in North America. Patients, family members, and physicians will see themselves reflected in the descriptions and will gain a broader understanding of this challenging illness.

"While several books address the challenges of living with fibromyalgia... Hall's is a uniquely objective account that surveys diagnosis, treatments, and the controversy surrounding the condition," says Rebecca Raszewski, University of Illinois at Chicago, in a Library Journal review. "Hall... delivers a balanced view... by presenting perspectives of skeptics who doubt whether fibromyalgia is a real medical condition—as well as comprehensive descriptions of the disorder and treatment options."

By detailing the process by which clinicians make their diagnoses, explaining how those who think they may have fibromyalgia can make the most of their doctors' visits, discussing various treatments in current use (medication, physical therapy, diet modification, and alternative approaches such as massage or acupuncture), and looking at the historical record of various related disorders, Hall provides an unbiased, indispensable survey of data and views on this illness.

THE FIBROMYALGIA CONTROVERSY is a must read for sufferers, clinicians, and those interested in gaining insight about this heated dispute in the medical community and its long-term repercussions.

M. Clement Hall, MD (Toronto, Ontario, Canada), now retired, was the director of continuing education in the emergency department of Scarborough Hospital. He is the author of Trauma Surgeon, among numerous other works. 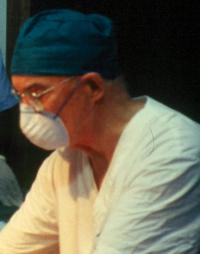