CORVALLIS, Ore. - There is no evidence that water births, where a baby is intentionally born under water in a tub or pool, poses any increased harm to the child, Oregon State University researchers have found.

Researchers examined outcome data for more than 6,500 midwife-attended water births in the United States and found that newborns born in water were no more likely to experience low Apgar scores, require transfer to the hospital after birth or be hospitalized in their first six weeks of life, than newborns who were not born in water.

The results were published this week in the Journal of Midwifery and Women's Health. The study is believed to be the largest study of water births to date and the first to examine the practice in the United States, said lead author, Marit Bovbjerg, an epidemiology instructor in the College of Public Health and Human Sciences at OSU.

"The findings suggest that water birth is a reasonably safe, low-intervention option for women who face a low risk of complications during the birthing process," Bovbjerg said. "These are decisions that should be made in concert with a medical professional."

Co-authors of the study are Melissa Cheyney, a medical anthropologist and associate professor in OSU's College of Liberal Arts, and Courtney Everson, a former OSU graduate student who recently completed her doctorate.

For the study, researchers analyzed birthing outcome data collected from 2004 through 2009 by the Midwives Alliance of North America Statistics Project, commonly referred to as MANA Stats. Most of the nearly 17,000 women in the study were attended by Certified Professional Midwives, who provided detailed reports on their cases from their medical records.

"For some women, that potential risk of tearing might be worth taking if they feel they will benefit from other aspects of a water birth, such as improved pain management," Bovbjerg said. "There is no one correct choice. The risks and benefits of different birthing options should be weighed carefully by each individual."

The researchers' findings are congruent with outcomes reported in other water birth studies, Cheyney said, but are contrary to the American College of Obstetricians and Gynecologists' and the American Academy of Pediatrics' Committee Opinion.

"Those groups support laboring in water, but caution against giving birth while immersed," Cheyney said. "Our findings suggest that water birth is a reasonably safe option for low-risk women, especially when the risks associated with pharmacologic pain management, like epidural anesthesia, are considered."

The researchers have shared their findings with a group that is developing a clinical bulletin designed to inform health care providers about the practice of water birth in both hospital and out-of-hospital settings. 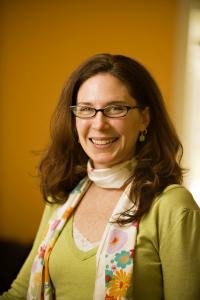