This release is available in French, Spanish, Arabic, Japanese and Chinese on EurekAlert! Chinese.

Several American black bears, captured by the Alaska Department of Fish and Game after wandering a bit too close to human communities, have given researchers the opportunity to study hibernation in these large mammals like never before. Surprisingly, the new findings show that although black bears only reduce their body temperatures slightly during hibernation, their metabolic activity drops dramatically, slowing to about 25 percent of their normal, active rates.

This discovery was unexpected because, generally, an organism's chemical and biological processes are known to slow by approximately 50 percent for each 10 degree (Celsius) drop in body temperature. These Alaskan black bears only lowered their core body temperatures by five or six degrees, yet their metabolism slowed to rates much lower than researchers had imagined.

Furthermore, the black bears' metabolism remained significantly suppressed for several weeks after the animals emerged from their slumber.

Øivind Tøien and a group from the Institute of Arctic Biology at the University of Alaska Fairbanks, along with colleagues from Stanford University, will report their findings at the 2011 AAAS Annual Meeting in Washington, DC, on 17 February. Their study will also appear in the 18 February issue of Science, which is published by AAAS, the nonprofit science society.

Their study is the first to continuously measure the metabolic rates and body temperatures of black bears, or Ursus americanus, as they hibernated through the winter under natural conditions. The bears spend five to seven months without eating, drinking, urinating or defecating before they emerge from their dens in nearly the same physiological condition they were in when they entered them. This feat leads researchers to believe that, in the future, the data collected in this study might be applied to a very wide range of endeavors – from improving medical care to pioneering deep space travel.

The black, furry study participants, who had been deemed nuisance bears by the Alaska Department of Fish and Game, were transported to the Institute of Arctic Biology where they were placed in structures designed to mimic a bear's den. These dens were located in the woods, away from human disturbances, and equipped with infrared cameras, activity detectors and other remote sensing devices. Tøien and his colleagues also implanted radio transmitters into each bear to record the animals' body temperatures, heart beats and muscle activity.

By monitoring the black bears, day and night for five months of hibernation, the researchers observed that the bears' body temperatures fluctuated between 30 and 36 degrees Celsius in slow two- to seven-day cycles. Such large, multi-day fluctuations in core body temperature are unlike those observed in any other hibernators before.

One female black bear that was pregnant during her hibernation maintained a normal, wakeful body temperature throughout the pregnancy – a detail that implies fluctuating temperature cycles may not be favorable for embryonic development. After she birthed her cub (who unfortunately died due to a congenital diaphragmatic hernia), the female bear's body temperature began to fall and it eventually joined the variable cycle that the other hibernating bears experienced.

"A very important clue to understand what is going on with the bear's metabolism is their body temperatures," Tøien said. "We knew that bears decreased their body temperatures to some degree during hibernation, but in Alaska we found that these black bears regulate their core temperature in variable cycles over a period of many days, which is not seen in smaller hibernators and which we are not aware has been seen in mammals at all before."

By measuring how much oxygen the creatures consumed while hibernating in the mock dens, the researchers could glean that the bears reduced their metabolic rates by 75 percent compared to their summertime levels. The animals' heart rates also slowed from around 55 beats per minute to about 14 beats per minute.

"Sinus arrhythmia is a variation in heartbeat frequency relative to breathing, and the bears show an extreme form of this," said Tøien. "They have an almost-normal heartbeat when they take a breath. But, between breaths, the bears' hearts beat very slowly. Sometimes, there is as much as 20 seconds between beats. Each time the bear takes a breath its heart accelerates for a short time to almost that of a resting bear in summer. When the bear breathes out, the heart slows down again…"

In spring, when the bears awoke and emerged from their dens, the researchers had expected to find the animals' metabolism returning to normal levels right away. But, the team was again surprised to find that the bears' metabolic rates were still only half of their normal, summer levels. Tøien and his team continued to monitor the bears' metabolism for another month after their hibernation and determined that the bears did not return to their active metabolic activity for two to three full weeks.

Taken together, these findings paint a unique picture of hibernation in a human-sized mammal – and researchers hope to apply them in a wide range of disciplines. Since some form of hibernation – in which body temperature and metabolism are reduced – has been observed in nine orders of mammals, it is likely that the genetic basis for this ability is ancient and widespread and that it could be exploited for various purposes. "If our research could help by showing how to reduce metabolic rates and oxygen demands in human tissues, one could possibly save people," Tøien said. "We simply need to learn how to turn things on and off to induce states that take advantage of the different levels of hibernation."

"When black bears emerge from hibernation in spring, it has been shown that they have not suffered the losses in muscle and bone mass and function that would be expected to occur in humans over such a long time of immobility and disuse," continued Brian Barnes, the senior author of the study. "If we could discover the genetic and molecular basis for this protection, and for the mechanisms that underlie the reduction in metabolic demand, there is the possibility that we could derive new therapies and medicines to use on humans to prevent osteoporosis, disuse atrophy of muscle, or even to place injured people in a type of suspended or reduced animation until they can be delivered to advanced medical care – extending the golden hour to a golden day or a golden week."

Hibernation could also become relevant for deep space travel, researchers say. If the human race is ever able to leave Earth as a species, it might be necessary to induce a bear-like hibernation in order to make the trip into deep space possible.

Of course, these possibilities will require much more research in order to achieve them.

This report by Tøien et al. was funded by a U.S. Army Medical Research and Materiel Command grant, grants from the National Science Foundation, a grant from the National Institutes of Health, gift funds to Stanford University, the American Heart Association and the Fulbright Program. 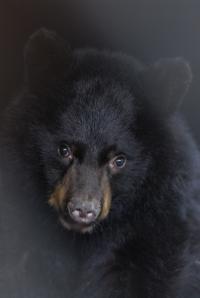