"We have treated mice with a new type of drug, and found that these drugs can not only improve symptoms of brain degeneration, such as cognitive decline, but can also extend the life-span of these terminally-sick mice. Our study opens up avenues for researchers to look at new drugs that treat the symptoms of Alzheimer's and also slow disease progression"
- Professor Andrew Tobin

An international team of scientists has announced a new advance in the fight against Alzheimer's disease by identifying a new drug target for not only improving symptoms of brain degeneration - but also to extend the life-span of the terminally ill mice.

The four-year study by Medical Research Council (MRC) scientists based at the MRC Toxicology Unit at the University of Leicester is published in the Journal of Clinical Investigation. The study was led by Professor Andrew Tobin alongside colleagues from pharmaceutical company Eli Lilly and Company and the Monash Institute for Pharmaceutical Sciences in Australia. The project was also partly supported by the Wellcome Trust.

Corresponding author Professor Tobin, who alongside the lead researcher Dr Sophie Bradley has since moved from the University of Leicester to the University of Glasgow, said: "The paper describes drug-like molecules that can restore memory loss and slow progression of prion neurodegenerative disease in a manner that relates to the potential of these drugs in human Alzheimer's disease.

"We have treated mice with a new class of drug, and found that these drugs can not only improve symptoms of brain degeneration, such as cognitive decline, but can also extend the life-span of these terminally-sick mice."

The researchers state that drugs which activate this protein receptor in the brain have previously been tested in clinical trials for Alzheimer's disease, and showed positive results with respect to improving cognition, but the patients experienced a large number of adverse side effects. This new class of drug is more selective and does not cause any side-effects when administered to mice in the study.

The study authors believe that this offers hope in the design of new drugs for improving cognition and extending life span.

Professor Tobin said: "This work may provide important information as to whether this protein is a viable drug target in the treatment of diseases associated with the progressive death of brain cells. This is of great importance to society, based on the fact that the treatment options for Alzheimer's disease are very limited - there are no cures for Alzheimer's disease and current treatments are focused on relieving some of the symptoms.

"What we have found is a novel class of drugs, called allosteric ligands, that target a protein called the M1 muscarinic receptor, which is present in the brain. Activating this receptor protein can not only improve cognitive function in mice with progressive brain degeneration, but when administered daily, can extend life span."

The scientists say the work is important because it focuses on identifying a treatment that not only improves symptoms associated with neurodegeneration, like current treatments, but also identifies a new strategy for slowing disease progression and extending life-span.

Professor Tobin said: "Alzheimer's disease is the most common form of dementia, and it affects an estimated 850,000 people in the UK alone. There are no treatments that can slow or halt the progression of Alzheimer's, and patients are treated with drugs which temporarily mask the symptoms of the disease. Often these treatments are associated with side-effects which can limit patient compliance.

"I am proud to be involved in a collaboration with researchers across the world to address one of the world's major healthcare challenges. Our study opens up avenues for researchers to look at new drugs that treat the symptoms of Alzheimer's and also slow disease progression."

Professor Andrew Tobin will be available from the 15th through to the 20th. On the 16th he will be in Leicester, on other dates in Glasgow.

Q: Have you developed a drug that can treat people with Alzheimer's disease (AD)?
A: No - this is an early stage study in mice - it shows a proof of principle that we hope will be used to develop effective drugs in AD but we have not tested these drugs on people.

Q: Do you think your study will have an impact on human AD?
A: Our study will provide the information necessary for drug companies to make effective drugs for human AD.

Q: How is this different from current drugs that AD patients receive?
A: Current drugs do not stop or slow AD. In our mice we see a very significant slowing of disease - if this also happens in people - as our data suggests it will - then this will be a major breakthrough.

Q: If current drugs do not stop AD then what do they do?
A: Current drugs have some impact on the symptoms of AD - for example improve memory. However the mechanism of action of these drugs means that there are significant side effects which reduces the amount of drug you can give. So often these drugs are not effective because it is impossible to give enough to help memory loss without giving serious side effects. Our new drugs are much more specific and therefore give low side effects and as such improve memory loss in our mice with prion disease.

The Medical Research Council is at the forefront of scientific discovery to improve human health. Founded in 1913 to tackle tuberculosis, the MRC now invests taxpayers' money in some of the best medical research in the world across every area of health. Thirty-one MRC-funded researchers have won Nobel prizes in a wide range of disciplines, and MRC scientists have been behind such diverse discoveries as vitamins, the structure of DNA and the link between smoking and cancer, as well as achievements such as pioneering the use of randomised controlled trials, the invention of MRI scanning, and the development of a group of antibodies used in the making of some of the most successful drugs ever developed. Today, MRC-funded scientists tackle some of the greatest health problems facing humanity in the 21st century, from the rising tide of chronic diseases associated with ageing to the threats posed by rapidly mutating micro-organisms. http://www.mrc.ac.uk

Wellcome exists to improve health for everyone by helping great ideas to thrive. We're a global charitable foundation, both politically and financially independent. We support scientists and researchers, take on big problems, fuel imaginations and spark debate. 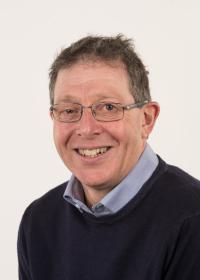 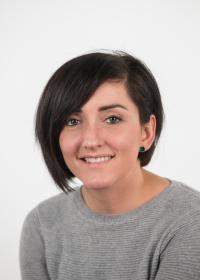