They found that it is possible to make inferences about the wealth of a region by measuring the amount of nighttime illumination. While this has been used for large geographic units such as countries, the two researchers can now show that this also works for individual settlements within a given country. Their findings have been published in a special issue on "Forecasting in Peace Research" of the Journal of Peace Research.

Wealth plays an important role in many theories of war and peace. Economic prosperity influences political and societal variables, but is difficult to measure in many countries of the world. Some wealth indicators have been collected via surveys. Unfortunately, this is not easy to accomplish and particularly difficult in countries with past or ongoing violence. Here, satellite data on nighttime light emissions can be used as an alternative data source. For instance, more accurate data could be used to gauge the effect of wealth on violence, or the severity of the economic damage inflicted by violent conflict.

Nils Weidmann and Sebastian Schutte used two publicly available data collections for their research: The "Demographic and Health Survey" (DHS), as well as satellite data collected by the "Defense Meteorological Satellite Program" (DMSP). The nighttime light data was collected in one-year observation cycles so as to eliminate erroneous measurements due to clouds or forest fires.

The survey data, which is being assigned to geographic coordinates just like the satellite data, serves as a point of reference. This way, both sets of data can be collated and compared. The result shows that more light is related to greater wealth, as exemplified by the Pakistani city of Hyderabad (see figure). Here, the highest light emission occurs at a value of 4.54 on the prosperity index, with 1 denoting poor and 5 denoting rich. A poor region (wealth index of 1.82) emits almost no light. A comparison was done using more than 34,000 survey results in about 40 countries.

Results show that the relationship between wealth and night lights is strong across most countries in the sample. "We are able to make highly accurate predictions about the relative economic rank of the surveyed households", concludes Sebastian Schutte, a fellow at the Zukunftskolleg of the University of Konstanz. If the locations of these households in a country are known, this method can also be used for areas outside the ones examined in the study.

The data comparison shows that the satellite method can supply missing data for regions that are not covered by existing surveys. Moreover, it provides a means of comparing wealth levels in different countries. However, from a global perspective, the relationship between wealth and light is anything but consistent. For example, more light is emitted by affluent regions in Albania than by similar regions in Liberia, which means that differences between countries have to be taken into account. Estimating wealth by night lights in a rich country such as Sweden is not going to work. In these countries, almost all populated places are illuminated at night, independently of their level of wealth.

http://uni.kn/shared/nightlights.pdf
Caption:
Comparison of survey-based wealth indicators with nighttime light emissions for the city of Hyderabad in Pakistan. 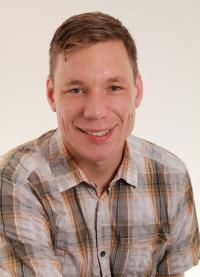