As the two-year anniversary of the Deepwater Horizon oil spill in the Gulf of Mexico approaches, a team of scientists led by Dr. Peter Roopnarine of the California Academy of Sciences has detected evidence that pollutants from the oil have entered the ecosystem's food chain. For the past two years, the team has been studying oysters (Crassostrea virginica) collected both before and after the Deepwater Horizon oil reached the coasts of Louisiana, Alabama, and Florida. These animals can incorporate heavy metals and other contaminants from crude oil into their shells and tissue, allowing Roopnarine and his colleagues to measure the impact of the spill on an important food source for both humans and a wide variety of marine predators. The team's preliminary results demonstrate that oysters collected post-spill contain higher concentrations of heavy metals in their shells, gills, and muscle tissue than those collected before the spill. In much the same way that mercury becomes concentrated in large, predatory fish, these harmful compounds may get passed on to the many organisms that feed on the Gulf's oysters.

"While there is still much to be done as we work to evaluate the impact of the Deepwater Horizon spill on the Gulf's marine food web, our preliminary results suggest that heavy metals from the spill have impacted one of the region's most iconic primary consumers and may affect the food chain as a whole," says Roopnarine, Curator of Geology at the California Academy of Sciences.

Oysters continually build their shells, and if contaminants are present in their environment, they can incorporate those compounds into their shells. Roopnarine first discovered that he could study the growth rings in mollusk shells to evaluate the damage caused by oil spills and other pollutants five years ago, when he started surveying the shellfish of San Francisco Bay. His work in California revealed that mollusks from more polluted areas, like the waters around Candlestick Park, had incorporated several heavy metals that are common in crude oil into their shells.

To determine whether or not the Gulf Coast oysters were incorporating heavy metals from the Deepwater Horizon spill into their shells in the same manner, Roopnarine and his colleagues used a method called "laser ablation ICP-MS," or inductively coupled plasma mass spectrometry. First, a laser vaporizes a small bit of shell at different intervals along the shell's growth rings. Then the vaporized sample is superheated in plasma, and transferred into a machine that can identify and quantify the various elements in the sample by mass. Roopnarine and his colleagues measured higher concentrations of three heavy metals common in crude oil--vanadium, cobalt, and chromium--in the post-spill specimens they examined compared to the controls, and this difference was found to be statistically significant.

In a second analysis, the scientists used ICP-MS to analyze gill and muscle tissue in both pre-spill and post-spill specimens. They found higher concentrations of vanadium, cobalt, and lead in the post-spill specimens, again with statistical significance.

In a final analysis, the team examined oyster gill tissue under the microscope and found evidence of "metaplasia," or transformation of tissues in response to a disturbance, in 89 percent of the post-spill specimens. Cells that were normally columnar (standing up straight) had become stratified (flattened)—a known sign of physical or chemical stress in oysters. Stratified cells have much less surface area available for filter feeding and gas exchange, which are the primary functions of oyster gills. Oysters suffering from this type of metaplasia will likely have trouble reproducing, which will lead to lower population sizes and less available food for oyster predators.

The team presented their data at a poster session at the American Geophysical Union meeting in December 2011, and is preparing their preliminary findings for publication. However, their work is just beginning. In addition to increasing the number of pre- and post-spill oyster specimens in their analysis, the team also plans to repeat their analyses using another bivalve species, the marsh mussel (Geukensia demissa). Roopnarine is also planning to create a mathematical model linking the oyster and mussel to other commercially important species, such as mackerel and crabs, to demonstrate the potential impact of the oil spill on the Gulf food web. Scientists don't currently know how these types of trace metals move through the food web, how long they persist, or how they impact the health of higher-level consumers, including humans—but the construction of a data-driven computer model will provide the framework for tackling these important questions.

Roopnarine and his colleagues have faced a number of challenges during the course of their study. Unfortunately, pure crude oil samples from Deepwater Horizon have remained inaccessible, making it impossible for the team to compare the heavy metal ratios they have documented in the oysters to the ratios found in the Deepwater Horizon oil. Additionally, the chemical compositions of artificial dispersants and freshwater that were intentionally spread in the Gulf to alleviate the spill are also unknown—additional variables that could affect the team's research. The team is hopeful that they will eventually be able to analyze these samples, thus shedding more light on their results.

Historical specimens for this study were provided by museum collections at the California Academy of Sciences, the Academy of Natural Sciences in Philadelphia, and the Santa Barbara Museum of Natural History. Collaborators on this project are Deanne Roopnarine from Nova Southeastern University, Florida; David Gillikin from Union College, New York; Laurie Anderson from the South Dakota School of Mines and Technology; and David Goodwin from Denison University, Ohio.

About the California Academy of Sciences

The Academy is an international center for scientific education and research and is at the forefront of efforts to understand and protect the diversity of Earth's living things. The Academy has a staff of over 50 professional educators and Ph.D.-level scientists, supported by more than 100 Research and Field Associates and over 300 Fellows. It conducts research in 12 scientific fields: anthropology, aquatic biology, botany, comparative genomics, entomology, geology, herpetology, ichthyology, invertebrate zoology, mammalogy, microbiology, and ornithology. Visit research.calacademy.org. 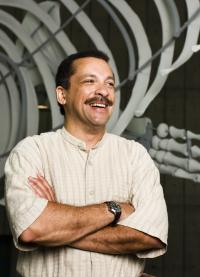