Being and working in a garden combined with active job coaching can effectively help women on long-term sick leave return to work. A study conducted at Sahlgrenska University explored the reasons for the trend.

Women are statistically overrepresented as being at risk of becoming chronically ill and on sick leave. In addition to the economic burden on society, long-term sick leave has significant negative consequences on the women themselves, both health-wise and economically.

Few scientific studies have examined the challenges confronting these women, and how these challenges can be addressed in rehabilitation. This lack of knowledge, explains researcher Eva Lidén at Sahlgrenska Academy, is problematic from an ethical, justice and care perspective.

During the years 2010-2011, the government appointed special funds to reduce sick leave among women. As one of the four projects awarded funding, researchers at Sahlgrenska Academy in collaboration with a number of instances, combined two proven methods of rehabilitation: garden therapy (Green Rehab) and job coaching (Supported Employment).

The project has now been evaluated in a scientific study, with good results.

"A combination of garden therapy and coaching strengthened the participants' physical and mental health, and led to the women reporting improved vitality and social capabilities. Therefore, we conclude that this model should be considered during rehabilitation of certain women on long-term sick leave," says Eva Lidén.

An initial measure of the women's experienced quality of life (conducted using a scientifically established instrument) showed that the participants had a very low level compared to other women of the same age in the population. An even greater difference existed for mental and social factors: when compared to a normal index value of 50, the women in the study averaged 19, a value, which according to Eva Lidén is extremely low.

The project included women between 21 and 62 that had received economic support from 1 up to 10 years, and whose physical and mental health were deemed poor. The project was conducted at four so-called "Green Rehab Gardens" where physical therapists, occupational therapists and social workers worked in different constellations.

For 2-4 half-days per week, for 14 weeks, the women together with the rehabilitation personnel worked with such things as mental exercises, reflective therapy, physical activities and practical gardening.

In addition, the women at the beginning of the rehabilitation process met with a job coach who initiated and supported the women's job searches for as long as needed, which for some cases continued after Green Rehab had ended.

The article, Combining garden therapy and supported employment -- a method for preparing women on long-term sick leave for working life was published in the Scandinavian Journal of Caring Sciences in Sept.

The Four Leaf Clover Program cooperated with the Samordningsförbunden i Göteborg (Coordination Councils in Gothenburg) and nearby municipalities, the Swedish Social Insurance Agency, Arbetsförmedlingen (the Swedish Public Employment Service), and the municipality and Region Västra Götaland.

Eva Liden, researcher at the University of Gothenburg 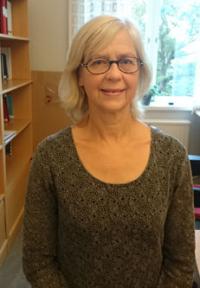