A deep voice and a square jaw are important assets for conservative politicians. For politicians on the liberal side, it's more important to have gentle features. That's the conclusion of two recent scientific articles from Aarhus University. The implication is not only that physical features have a larger impact on voter preferences than previously thought but also that different physical features appeal to different voter segments.

The results run counter to the ideal that voters in democratic societies make their decisions after carefully weighing the pros and cons of the political programs put forward by the various parties, according to Lasse Laustsen and Michael Bang Petersen from the university's Department of Political Science, who carried out the research.

"A deep tone of voice appeals to conservative voters. More generally, conservative voters seem to have a preference for politicians who look physically strong and masculine, while liberal voters prefer those who have less dominant features and seem more accommodating, perhaps even slightly feminine," said Laustsen.

"It's a fairly limited niche, but it's growing. What Laustsen and Petersen do is both exciting and important. Some people may be uncomfortable knowing that our preferences are determined by forces that we don't entirely understand. But of course, as scientists we still have to deal with it," said Hibbing, who didn't take part in the Laustsen and Petersen's research.

One of the articles is based on data from US politics and demonstrates that Republican voters are more likely than voters from the Democratic camp to vote for politicians with deep voices. To understand why this is, you have to dig a little deeper, according to Laustsen. Republican voters prefer strong politicians - or politicians whose deep voices make them sound like they are strong - because they believe the world is a more dangerous and menacing place than Democratic voters, he said.

"If you hold up images of objects that people consider dangerous or unpleasant, for example of large spiders, and then measure the production of sweat from people's fingertips (skin conductance response), you get an indication of spontaneous physical reaction. In these cases, conservative voters react more strongly than liberal ones. This could indicate a large visceral difference in the way these voter groups perceive the world," Laustsen said.

Laustsen and Petersen's research proceeds from the observations that in order to understand the behavior of modern humans, you need to look into the evolutionary history that has shaped the psychology producing this behavior. In prehistoric times when the ancestors of modern humans were roaming the East-African savannah in small groups, it made sense to support the strongest members of the tribe when confronted with danger. Psychological mechanisms which 30,000 years ago saved our ancestors from being devoured by saber-toothed tigers and other fierce animals continue to be at work today, explaining, among other things, why people vote as they do along the left-right continuum.

"There are evolutionarily important reasons for the structure of our psychology. Our ancestors had to make a decision about which leader to follow, and it was crucial for their survival and reproduction that they picked the right one. As a species we are pre-programmed to think in a certain way about who we would like to be in charge. This affects choices that we make even today," said Petersen.

Is this knowledge useful for the politicians? For example, would it be helpful for conservative politicians to tone down their dominant, masculine personality traits in hopes of snatching voters further to the left who tend to find less dominant features more attractive?

"Democrats are often seen as empathic, compassionate types. Republicans, by contrast, are often considered as strong leaders with a moral compass. This kind of subjective views may have real importance in cases where a Republican candidate is seen as more empathic than his Democratic opponent and trespasses into his territory. Perhaps he can gain some votes there," he said.

Can the voters use these new insights for anything? It's always better to be aware of what causes you to have the preferences you have. But the roots of our likes and dislikes are buried so deep in the subconscious that the two authors doubt there is very much to do about them.

"We can't necessarily do very much to control this. Some American research indicates that participants in lab tests are able to determine which of two unknown candidates they like more after having been exposed to images of them for less than 0.1 second. This suggests that these processes are really fast and subconscious. So I think it's hard to rein in," Laustsen said. 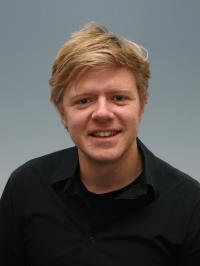