In the first national study of its size, researchers at University of California San Diego School of Medicine and UC San Diego Health, Department of Nursing, have found that male and female nurses are at higher risk of suicide than the general population. Results of the longitudinal study were published in the February 3, 2020 online edition of WORLDviews on Evidence Based-Nursing.

"Using the 2005-2016 National Violent Death Reporting System dataset from the Centers for Disease Control, we found that male and female nurses are at a higher risk for suicide, confirming our previous studies," said senior author Judy Davidson, DNP, RN, research scientist at UC San Diego. "Female nurses have been at greater risk since 2005 and males since 2011. Unexpectedly, the data does not reflect a rise in suicide, but rather that nurse suicide has been unaddressed for years."

The World Health Organization reports that one person dies every 40 seconds by suicide. It is the 10th leading cause of death in the United States, occurring at a rate of 13 per 100,000 persons. While overall mortality rates are decreasing in the US, the suicide rate is rising.

"Opioids and benzodiazepines were the most commonly used method of suicide in females, indicating a need to further support nurses with pain management and mental health issues," said co-author Sidney Zisook, MD, professor of psychiatry, UC San Diego School of Medicine. "The use of firearms was most common in male nurses, and rising in female nurses. Given these results, suicide prevention programs are needed."

Also published in the same issue of WORLDviews on Evidence Based-Nursing is a paper describing the sustainability of the HEAR program.

"To achieve success, suicide prevention programs for nurses should be anonymous and have a proactive screening process," said lead author Rachael Accardi, LMFT, HEAR therapist. "When a distressing event occurs in the hospital or clinic environment, an evaluation team should be deployed to access any psychologic needs. This is best achieved through tight organizational connections among the hospital's experience, risk management and HR teams, who can flag an event and then deploy confidential resources."

Since 2009, more than 500 HEAR referrals have been made for clinicians to mental health professionals. Approximately 40 nurses per year, many in crisis, have communicated with counselors, often anonymously through the website and always confidentially by email, phone or in person.

"It is time to take urgent action to protect our nursing workforce. The HEAR program is ready for replication at the national level to address this newly recognized risk among nurses," said Davidson, who co-chairs a task force for the American Nurses Association to address nurse suicide. "The HEAR program can be complemented with tested cognitive-based therapy resiliency skills building for maximum effect." 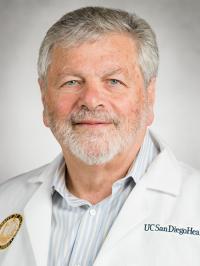 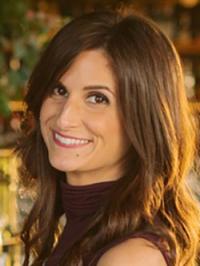