After conducting an investigation about the current state of the operation of medium voltage distribution grids and the integration of distributed generation (DG) of renewable resources across China, scientists at the Key Laboratory of Smart Grid, under the auspices of the Ministry of Education, at Tianjin University in the east coast city of Tianjin, set out an array of R&D opportunities to modernize these grids.

Researchers Yu Yixin, Zeng Yuan, Liu Hong and Sun Bing state in a recent paper published on the Beijing-based journal SCIENCE CHINA Technological Sciences that it is urgent to modernize China's distribution grids, and that R&D opportunities aimed at reaching that goal should be mapped out and seized.

In their study, "Challenges and R&D opportunities of smart distribution grids in China", these researchers outline the contours of power distribution grids in terms of the practical distribution asset utilization, the simultaneity factor of feeder loading, load compositions and characteristics, along with urban reliability and the integration of distributed generations of renewable resources.

These scientists write in the new study that "the challenges to modernize the distribution grids in China are to improve the asset utilization rates, the electricity efficiencies and the reliability of distribution systems, as well as to integrate increasing amount of variable distributed renewable resources".

Smart grid is an evolving goal as a key development strategy across China, they explain. And constant research is needed to forecast fluctuating demand and to estimate changing costs and benefits.

But the smart grid can only be constructed based on the existing power system, they point out. Only through a very profound understanding of existing weaknesses of current power grids and by fully tapping their potential can the system realize maximum benefits with minimum costs. Yet research on this important point is limited at present, although scholars in China have done lots of research about smart grid and power companies have invested extensive amounts of funds and manpower on related pilot projects.

For the sustainable development of society, improving the power asset utilization rate has always been regarded as a mission with high priority in power companies of developed countries, they explained

According to statistics, the researchers noted that distribution assets involving the investment up to trillions of Chinese yuan accounted for more than half of the entire grid of China.

Among 40 Chinese cities studied, they explain, the annual average utilization rates of major 10kV equipment were below 40%, far below the comparable levels in developed countries (please see Figure 1).

The customer average interruption duration index (CAIDI) of urban 10kV users in China was 7.01 hours in 2011; during the same period this index averaged 74 minutes for urban and rural users in the U.S. The index ranged from 40 to 70 minutes in developed European countries and was less than 5 minutes in Japan and Singapore.

Yu Yixin, co-author of the paper, states that major equipment deployed across distribution grids in most Chinese cities is running with low loads, and that 10kV distribution grids are operated with a relatively large margin. But large margins ordinarily coexist with high reliability, not a low one. This is a question which needs careful consideration.

The cost of distributed generation of solar and wind power is reducing to an economically viable level, and the payback period is around 7 to 10 years. Integrating renewable energy generations into the distribution grids of load centers under an "active distribution network" mode (mode II in figure 2) is a better alternative to the centralized long-distance power transmission mode in the form of "wind power and thermal power bundling" (mode I in figure 2) for large-scale wind power in terms of minimizing the full social costs.

The U.S., some European countries and Japan have accumulated extensive experience and developed standards and protocols. However, comparable work is just beginning in China.

Professor Yu Yixin states that the current distribution grids in China should improve the economic efficiency of construction and operation urgently, especially the asset utilization rates.

Under the current system, Professor Yu explains that the reliability of power supply and the power quality cannot meet the requirement of the upcoming digital society.

At the same time there is a checkerboard of challenges to be crossed in integrating distributed generation, including renewable energy, Professor Yu adds.

Based on the above challenges, an array of R&D opportunities is listed in realizing smart distribution grids by the authors of this paper.

Efforts to seize these R&D opportunities should be aimed at the models and topologies of network infrastructure, at the communication and interconnection methods and related technologies, and at the function of self-healing and operation optimization and voltage management.

Likewise, R&D should be targeted at utilizing demand response and demand load control and improving electrical efficiency, at related laws and regulations on the power market, and at fostering smart grid investment and informing regulatory frameworks.

Meanwhile, attention associated with R&D opportunities should also be paid on flexible plug and play on EV, on standards and protocols for communication and interoperability of smart distribution grid considering DG, on comprehensive models and tools for robust operations and planning.

This research received support from the National Social Science Foundation of China (Grant No. 12&ZD208).

SCIENCE CHINA Technological Science is produced by Science China Press, a leading publisher of scientific journals in China that operates under the auspices of the Chinese Academy of Sciences. Science China Press presents to the world leading-edge advances made by Chinese scientists across a spectrum of fields. 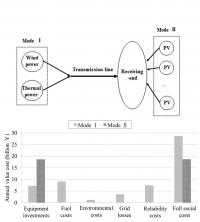