Up to 80% of individuals living with long-term type 1 diabetes experience gastrointestinal symptoms such as abdominal distension, irritable bowel syndrome, and fecal incontinence. A study publishing October 1 in Cell Stem Cell reveals why these symptoms arise and tests an investigational drug in mice that could prevent them from developing.

It's unclear why diabetic patients often experience gastrointestinal symptoms, collectively known as diabetic enteropathy, and there currently are no therapies that patients can take to prevent their onset. Studies in diabetic rodents suggest that diabetes may alter the intestine's mucosal lining, which is maintained and regenerated by intestinal stem cells; however, little is known about how this occurs and whether it is relevant to humans.

Researchers from Boston Children's Hospital and Harvard Medical School in Boston and from San Raffaele Hospital in Milan, Italy led by Dr. Paolo Fiorina investigated the issue by examining intestinal tissues from diabetic patients and healthy individuals. The team found that individuals with long-standing type 1 diabetes and diabetic enteropathy have altered colonic stem cells (CoSCs) and increased blood levels of a regulatory protein called insulin-like growth factor binding protein 3 (IGFBP3), which is produced in the liver. Additional experiments revealed that IGFBP3 has a toxic effect on CoSCs and the structure of the intestine's mucosal lining.

"A potential new treatment for diabetic enteropathy might reduce the level of IGFBP3 by preventing its production and release from the liver; however, interfering with liver function is somewhat problematic and potentially dangerous," says Dr. Fiorina. "That is why we decided to create a new drug capable of quenching free circulating IGFBP3."

When injected into mice, the researchers' investigational drug, which traps IGFBP3, prevented the onset of gastrointestinal symptoms and restored the full function and structure of the intestine's mucosal lining. "The next challenge really is to create a clinical grade compound," says Dr. Fiorina. "The blueprint has been already established." 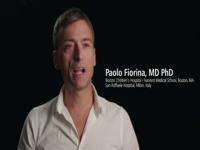