Using chemical "nanoblasts" that punch tiny holes in the protective membranes of cells, researchers have demonstrated a new technique for getting therapeutic small molecules, proteins and DNA directly into living cells.

Carbon nanoparticles activated by bursts of laser light trigger the tiny blasts, which open holes in cell membranes just long enough to admit therapeutic agents contained in the surrounding fluid. By adjusting laser exposure, the researchers administered a small-molecule marker compound to 90 percent of targeted cells – while keeping more than 90 percent of the cells alive.

The research was sponsored by the National Institutes of Health and the Institute of Paper Science and Technology at Georgia Tech. It will be reported in the August issue of the journal Nature Nanotechnology.

"This technique could allow us to deliver a wide variety of therapeutics that now cannot easily get into cells," said Mark Prausnitz, a professor in the School of Chemical and Biomolecular Engineering at the Georgia Institute of Technology. "One of the most significant uses for this technology could be for gene-based therapies, which offer great promise in medicine, but whose progress has been limited by the difficulty of getting DNA and RNA into cells."

The work is believed to be the first to use activation of reactive carbon nanoparticles by lasers for medical applications. Additional research and clinical trials will be needed before the technique could be used in humans.

Researchers have been trying for decades to drive DNA and RNA more efficiently into cells with a variety of methods, including using viruses to ferry genetic materials into cells, coating DNA and RNA with chemical agents or employing electric fields and ultrasound to open cell membranes. However, these previous methods have generally suffered from low efficiency or safety concerns.

With their new technique, which was inspired by earlier work on the so-called "photoacoustic effect," Prausnitz and collaborators Prerona Chakravarty, Wei Qian and Mostafa El-Sayed hope to better localize the application of energy to cell membranes, creating a safer and more efficient approach for intracellular drug delivery.

Their technique begins with introducing particles of carbon black measuring 25 nanometers – one millionth of an inch – in diameter into the fluid surrounding the cells into which the therapeutic agents are to be introduced. Bursts of near-infrared light from a femotosecond laser are then applied to the fluid at a rate of 90 million pulses per second. The carbon nanoparticles absorb the light, which makes them hot. The hot particles then heat the surrounding fluid to make steam. The steam reacts with the carbon nanoparticles to form hydrogen and carbon monoxide.

The two gases form a bubble which grows as the laser provides energy. The bubble collapses suddenly when the laser is turned off, creating a shock wave that punches holes in the membranes of nearby cells. The openings allow therapeutic agents from the surrounding fluid to enter the cells. The holes quickly close so the cell can survive.

To assess how long the holes in the cell membrane remained open, the researchers left the simulated therapeutics out of the fluid when the cells were exposed to the laser light, then added the agents one second after turning off the laser. They saw almost no uptake of the molecules, suggesting that the cell membranes resealed themselves quickly.

Similarly, the researchers substituted carbon nanotubes for the carbon nanoparticles, and also measured little uptake, which they explained by noting that the nanotubes are less reactive than the carbon black particles.

Experimentation further showed that DNA introduced into cells through the laser-activated technique remained functional and capable of driving protein expression. When plasmid DNA that encoded for luciferase expression was introduced into the cancer cells, production of luciferase increased 17-fold.

For the future, the researchers plan to study use of a less expensive nanosecond laser to replace the ultrafast femtosecond instrument used in the research. They also plan to optimize the carbon nanoparticles so that nearly all of them are consumed during the exposure to laser light. Leftover carbon nanoparticles in the body should produce no harmful effects, though the body may be unable to eliminate them, Prausnitz noted.

"This is the first study showing proof of principle for laser-activation of reactive carbon nanoparticles for drug and gene delivery," he said. "There is a considerable path ahead before this can be brought into medicine, but we are optimistic that this approach can ultimately provide a new alternative for delivering therapeutic agents into cells safely and efficiently." 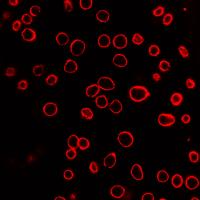