Black carbon, a form of particulate air pollution most often produced from biomass burning, cooking with solid fuels and diesel exhaust, has a warming effect in the atmosphere three to four times greater than prevailing estimates, according to scientists in an upcoming review article in the journal Nature Geoscience.

Scripps Institution of Oceanography at UC San Diego atmospheric scientist V. Ramanathan and University of Iowa chemical engineer Greg Carmichael, said that soot and other forms of black carbon could have as much as 60 percent of the current global warming effect of carbon dioxide, more than that of any greenhouse gas besides CO2. The researchers also noted, however, that mitigation would have immediate societal benefits in addition to the long term effect of reducing greenhouse gas emissions.

The article, “Global and regional climate changes due to black carbon,” will be posted in the online version of Nature Geoscience on Sunday, March 23.

“Observationally based studies such as ours are converging on the same large magnitude of black carbon heating as modeling studies from Stanford, Caltech and NASA,” said Ramanathan. “We now have to examine if black carbon is also having a large role in the retreat of arctic sea ice and Himalayan glaciers as suggested by recent studies.”

Ramanathan and Carmichael said the conservative estimates are based on widely used computer model simulations that do not take into account the amplification of black carbon’s warming effect when mixed with other aerosols such as sulfates. The models also do not adequately represent the full range of altitudes at which the warming effect occurs. The most recent observations, in contrast, have found significant black carbon warming effects at altitudes in the range of 2 kilometers (6,500 feet), levels at which black carbon particles absorb not only sunlight but also solar energy reflected by clouds at lower altitudes.

Between 25 and 35 percent of black carbon in the global atmosphere comes from China and India, emitted from the burning of wood and cow dung in household cooking and through the use of coal to heat homes. Countries in Europe and elsewhere that rely heavily on diesel fuel for transportation also contribute large amounts.

“Per capita emissions of black carbon from the United States and some European countries are still comparable to those from south Asia and east Asia,” Ramanathan said.

In south Asia, pollution often forms a prevalent brownish haze that has been termed the “atmospheric brown cloud.” Ramanathan’s previous research has indicated that the warming effects of this smog appear to be accelerating the melt of Himalayan glaciers that provide billions of people throughout Asia with drinking water. In addition, the inhalation of smoke during indoor cooking has been linked to the deaths of an estimated 400,000 women and children in south and east Asia.

Elimination of black carbon, a contributor to global warming and a public health hazard, offers a nearly instant return on investment, the researchers said. Black carbon particles only remain airborne for weeks at most compared to carbon dioxide, which remains in the atmosphere for more than a century. In addition, technology that could substantially reduce black carbon emissions already exists in the form of commercially available products.

Ramanathan said that an observation program for which he is currently seeking corporate sponsorship could dramatically illustrate the benefits. Known as Project Surya, the proposed venture would provide some 20,000 rural Indian households with smoke-free cookers and equipped to transmit data. At the same time, a team of researchers led by Ramanathan would observe air pollution levels in the region to measure the effect of the cookers.

Carmichael said he hopes that the paper’s presentation of the immediacy of the benefits will make it easier to generate political and regulatory momentum toward reduction of black carbon emissions.

“It offers a chance to get better traction for implementing strategies for reducing black carbon,” he said.

EMBARGOED BY NATURE GEOSCIENCE FOR RELEASE:

Scripps Institution of Oceanography, at UC San Diego, is one of the oldest, largest and most important centers for global science research and graduate training in the world. The National Research Council has ranked Scripps first in faculty quality among oceanography programs nationwide. Now in its second century of discovery, the scientific scope of the institution has grown to include biological, physical, chemical, geological, geophysical and atmospheric studies of the earth as a system. Hundreds of research programs covering a wide range of scientific areas are under way today in 65 countries. The institution has a staff of about 1,300, and annual expenditures of approximately $140 million from federal, state and private sources. Scripps operates one of the largest U.S. academic fleets with four oceanographic research ships and one research platform for worldwide exploration. 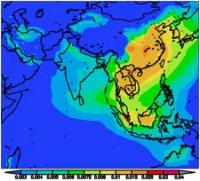 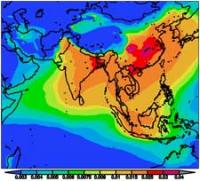