NEW YORK (SEPT. 25, 2018) - The Lyda Hill Foundation, in partnership with Geena Davis's Institute on Gender in Media at Mount Saint Mary's University, released an extensive research report on the portrayals of female characters in science, technology, engineering and math in television and film. "Portray Her: Representations of Women STEM Characters in Media" shows that entertainment media has a long way to go to improve stereotypes about pursuing STEM careers.

"There are plenty of stories to be told of women on the front lines of scientific breakthroughs and innovation, but their stories are seldomly brought to the forefront of popular culture," said Lyda Hill, founder of the Lyda Hill Foundation. "We are at a pivotal time to change the ways girls and women think about themselves and their abilities to pursue careers in STEM. If we support a woman in STEM, then she can change the world."

"We're honored and very excited to be partnered with Lyda Hill, a remarkable entrepreneur and philanthropist with a deep passion for science. Our collaboration demonstrates a true understanding of the significance of media and entertainment in influencing how intersectional women and girls perceive STEM as a potential career. This groundbreaking study shows that if women and girls don't see themselves on screen as STEM professionals, they're less likely to pursue those career paths. However, the study also shows when entertainment media includes female characters in STEM, it can be highly positive," said Geena Davis, Academy Award winning actor and founder of the Institute.

The Lyda Hill Foundation and Geena Davis's Institute conducted the most comprehensive longitudinal content analysis of STEM characters in entertainment media to date, and a revealing survey of girls' and women's opinions of their perceptions of STEM. The study, led by Institute Research Director Caroline Heldman, Ph.D., offers a comprehensive analysis of the character portrayals of STEM professionals in film and TV and reiterates the significant role media plays in directly influencing young people's aspirations and career paths. As the Institute's motto states, "if she can see it, she can be it." The study found that:

The "Portray Her" report supports the Lyda Hill Foundation's mission to promote science. The research behind the report lays the groundwork for the foundation's soon-to-be-launched "If/Then" initiative, which will create opportunities for female STEM professionals to promote their work and stories and, by doing so, positively influence young girls and women. If/Then asserts that young girls must have positive role models to realize their own full potential.

To read the entire report click here, or to receive more information on the If/Then initiative visit ifthenshecan.org.

About the Geena Davis Institute on Gender in Media

Founded by Academy Award®-winning actor Geena Davis, the Geena Davis Institute on Gender in Media at Mount Saint Mary's University is the only research-based organization working within the media and entertainment industries to dramatically improve how girls and women are reflected in media targeting children 11 and under. For more information, visit: http://www.seejane.org.

About the Lyda Hill Foundation

If/Then is part of Lyda Hill's commitment to fund game-changing advancements in science and nature. If/Then seeks to further advance women in science, technology, engineering and mathematics (STEM) by empowering current innovators and inspiring the next generation of female pioneers. The initiative aims to create a platform to elevate positive and successful female STEM professionals with a focus on funding their works and sharing their stories, developing and supporting programs for middle school girls to learn about STEM opportunities and engaging media partners to help shift the perception of women in STEM. If/Then's mission is to inspire the next generation of girls to consider pursuing careers in STEM. To learn more about If/Then's mission to empower current innovators and inspire the next generation of female pioneers, visit http://www.ifthenshecan.org. 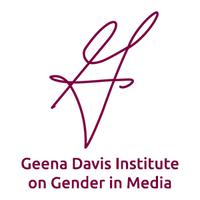