New research finds that even though hens aren't terribly picky about their mates, they are picky about whose sperm makes it to the egg. Female domestic chickens generally mate with multiple males and are known to sometimes eject sperm following mating encounters. It was unclear, however, whether the sperm ejection was a consequence of receiving a large amount of ejaculate, or because hens are actively trying to rid themselves of undesirable sperm. A team led by Oxford researcher Rebecca Dean investigated the phenomenon in a group of feral chickens kept at Stockholm University in Sweden. After controlling for ejaculate size and other factors, Dean and her colleagues found that hens ejected a larger proportion of inseminations by socially subordinate males. "These results show that promiscuous females can actively bias sperm utilization to exert a strong and predictable influence on the struggle for fertilization," Dean said. By doing so, females "retain control of paternity even in species such as fowl where males can force mating."

The geometry of sex: How body size could lead to new species

Different species of scincid lizards, commonly known as skinks, rarely interbreed, but it's not for lack of trying. According to Jonathan Richmond, a researcher with the U.S. Geological Survey, different species of skinks in western North America will often try to mate with each other when given the opportunity, but mechanical difficulties caused by differing body sizes can cause these encounters to fail. After observing hundreds of cross-species mating attempts in the lab, Richmond and his colleagues developed a computational model showing how size differences create reproductive barriers between skink species. In order to align their genitals for successful insemination, the male must corkscrew his body around the female. Once the sizes of the male and female diverge outside the threshold of the researchers' model, successful mating was very rare. The model elucidates the role body size plays in splitting skinks into separate species. For skinks, it apparently isn't behavioral preference that prevents gene flow between species. It's the mechanics of body size. "As size diverges, the corkscrew fails," Richmond said. "In this case, it just happens that this is about the only thing necessary to get the ball rolling for speciation."

A male fiddler crab's oversized claw not only looks cool to the ladies, but new research suggests it literally helps crabs to stay cool. Researchers Zachary Darnell and Pablo Munguia of the University of Texas placed crabs under a hot light and took their temperatures. They found that the temperatures of crabs missing their large claw rose faster and reached a higher maximum than intact crabs. The finding suggests that in addition to having a role in mating displays and in fighting off competitors, giant claws aid in thermoregulation. "The major claw may function like a heat sink, transferring heat away from the body and, through convection, dissipating that heat into the air," Dr. Darnell said. The cooling action may help crabs to spend more time out of their burrows for foraging or sexual display. It might also help offset the energetic costs of such a giant appendage, the researchers say.

It may be possible to eliminate the deadly dengue fever by infecting mosquitoes with a bacterium called Wolbachia that prevents the mosquitoes from transmitting the dengue virus to humans. A new mathematical model, developed by Nick Barton (Institute of Science and Technology, Austria) and Michael Turelli (U.C., Davis), may be helpful in getting the bacteria established in mosquito populations. "Mathematical analyses are central to successfully deploying this novel method of disease control," said Turelli, who is a co-primary investigator on the Eliminate Dengue Program. "Our analysis describes the conditions that allow researchers to initiate spreading waves, approximate the expected wave speed, and describe conditions—specifically, variation in population density—that will halt their spread." The model predicts that releases of dengue-blocking bacteria over roughly one square kilometer should suffice to initiate a traveling wave of mosquito infection in urban areas. The first successful field release of Wolbachia in Australia are reported in the current issue of Nature.

For the complete table of contents for the September issue, go to www.journals.uchicago.edu/an.

Since its inception in 1867, The American Naturalist has maintained its position as one of the world's most renowned, peer-reviewed publications in ecology, evolution, and population and integrative biology research. While addressing topics in community and ecosystem dynamics, evolution of sex and mating systems, organismal adaptation, and genetic aspects of evolution, AmNat emphasizes sophisticated methodologies and innovative theoretical syntheses--all in an effort to advance the knowledge of organic evolution and other broad biological principles. 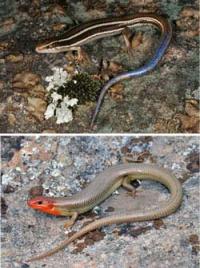 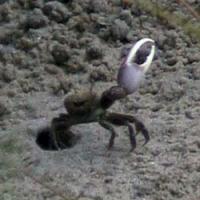