An over-the-counter antioxidant known as N-acetylcysteine (NAC) is showing early promise at promoting abstinence from or reduced use of alcohol in marijuana-dependent adolescents, report researchers at the Medical University of South Carolina (MUSC) in the December 2016 Addictive Behaviors. In a cohort of treatment-engaged marijuana-dependent adolescents, reduced marijuana use was associated with reductions in alcohol use in the NAC-treated group, but not placebo group. NAC is believed to restore neuronal glutamate homeostasis disrupted by addiction.

This study is a secondary analysis of data obtained from a clinical trial of NAC in marijuana-dependent adolescents led by senior author Kevin M. Gray, M.D., professor in the Department of Psychiatry and Behavioral Sciences at MUSC. Results of the parent trial were reported in the August 2012 issue of the American Journal of Psychiatry. The trial showed that youth randomized to NAC were nearly 2.5 times more likely than the placebo group to have a negative urine cannabinoid test during treatment.

Those results led Gray and Lindsay Squeglia, Ph.D., first author on the Addictive Behaviors article study and assistant professor at the Center for Drug and Alcohol Programs in the Department of Psychiatry and Behavioral Sciences at MUSC, to wonder whether NAC could also control alcohol use in adolescents, who have high rates of alcohol use and of combined alcohol and marijuana use.

"I think society recognizes that most problematic substance use begins in adolescence--it's pretty well-accepted--but the large majority of the treatment research is focused on adults," explained Gray. "We are interested in intervening very early in a robust but safe way, and that's part of why we're intrigued by NAC as a potential adjunct to established care."

Recent preclinical findings suggest NAC's promise--it has been shown to decrease alcohol consumption by up to 70% in rats. Although NAC has been shown to improve substance abuse treatment outcomes for a number of drugs, including marijuana, cocaine, methamphetamine, and nicotine, little research has been done to explore the effect on NAC on alcohol use in adolescents.

During the eight-week parent trial, the researchers collected alcohol, marijuana, and other drug use data from 89 research participants, 45 of whom were randomized to receive NAC (1200 mg twice daily) and 44 to receive matched placebo. Secondary analysis of those data showed that less marijuana use (measured via urine cannabinoid levels) was associated with reduced number of drinks consumed in the NAC-treated group but not in the placebo-treated group.

Instead of compensating for reduced marijuana use by drinking more, the NAC-treated group actually decreased its alcohol use as well.

These findings suggest NAC effects may generalize from marijuana to other substances and could be useful in decreasing adolescent alcohol use, specifically. This is particularly compelling given the participants were not actively attempting to reduce their alcohol use, nor were they engaged in a combined behavioral treatment for alcohol use.

However, a limitation of the study is that investigation of the effects of NAC on alcohol use resulted from secondary analysis of the data, thus alcohol dependence was not an inclusion criterion, and measures of alcohol use were dependent on self-report rather than real-time or biological markers of alcohol use. Although preliminary outcomes are promising, further investigation of NAC supplementation using such markers in a larger clinical trial of alcohol-dependent adolescents will be necessary to more definitively determine its clinical potential for treating adolescent alcohol abuse.

As the next step in this research, Squeglia seeks to explore the mechanisms of NAC effects in adolescent alcohol use through a recently granted National Institute on Alcohol Abuse and Alcoholism K23 award. She will study how NAC affects glutamate systems in adolescents by comparing magnetic resonance spectroscopy obtained before and after a ten-day course of NAC vs. placebo. A secondary aim will be to evaluate whether NAC affects alcohol use over that very short period.

"This is much more directly set to assess within kids with problematic drinking if there is brain effect and potentially clinical effect," added Gray. 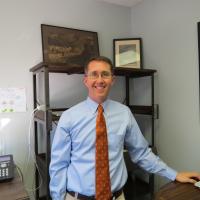