More species of birds have accumulated in genera inhabiting climatically stable areas. This is shown by a new study from Umeå University.

"The explanation may be that a stable climate makes it more likely that diverging lineages persist without going extinct or merging until speciation is completed, and stability reduces the risk for extinction in response to climatic upheavals," says Roland Jansson, researcher from Umeå University who led the study.

How life has evolved from simple origins into millions of species is a central question in biology that remains unsolved. Advances in genomics and bioinformatics mean we now know a lot about the relationships among species and their origins, but surprisingly little is known about which environmental conditions that allows species to multiply.

In a project focusing on how climate changes in the past affects the evolution of biodiversity, researchers tried to fill this knowledge gap. They studied bird genera endemic (unique to) to North and South America and asked which geographic and climatic factors could explain why more species have accumulated in species-rich genera compared to their more species-poor sister genera.

The results showed that genera occupying areas that had been more climatically stable during the last millions of years had diversified into more species than their closest sister genera inhabiting more climatically variable areas. The previously popular hypothesis that climate change during this time period would promote speciation was refuted, at least for birds.

The question of what this means for biodiversity in the future considering climate change is however not an easy one to answer. On one hand, areas of high climatic stability are predicted to warm less than the global average. On the other hand, species from climatically stable areas may be less tolerant to new climatic conditions.

"Climate change has been a feature of Earth's entire history, and has been both rapid and large in the past. But the climate change occurring now will make the climate warmer than in millions of years, and be beyond what many species have experienced," says Roland Jansson.

Another complicating factor making present climate change different from events in the past is that most ecosystems are now dominated by human use, making it harder for species to adjust their geographic ranges in response to the changing climate.

Climatic stability resulted in the evolution of more bird species 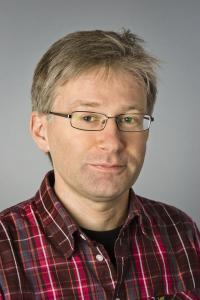