The origin of the observed unconventional Hall effect is revealed by theoretical calculations. The researchers find that ZrTe5 can be considered as a Weyl semimetal with tiled Weyl cones under external magnetic field. The tilt of Weyl cones, the anomalous velocity induced by Berry curvature, the chiral chemical potential, and phase volume effect together give rise to the observed unconventional Hall effect. A new formula for in-plane Hall signal is proposed, which can well fit the experimental observation (Fig. 3).

The nonzero in-plane Hall signals when magnetic field is parallel or perpendicular to the current adds a new member to the Hall effect family. This work provides a new platform to investigate Berry curvature related physics in condensed matter systems. 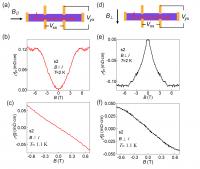 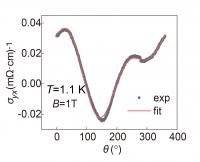