When both partners benefit from a relationship -- be they husband and wife or pollinator and flower -- the relationship is known as a mutualism. But sometimes partners do not deliver their side of the bargain while still reaping the rewards. Research done at the Smithsonian Tropical Research Institute (STRI) in Panama published in Ecology Letters found that unless unfaithful partners are severely punished by the other member of the relationship cheaters may become more common.

"The fig mutualism is both a provider of keystone resources to tropical forests (fig trees fruit year-round) and a fantastic model system for understanding mutualism stability," said Charlotte Jander, author of the study and post-doctoral fellow at Harvard University's Museum of Comparative Zoology who does her field work on Barro Colorado Island in Panama.

The mutualism between fig trees and the miniscule wasps that pollinate them is one of the closest partnerships on Earth. Each species of fig depends on only one or two species of wasps to fertilize its seeds, while the wasp relies entirely on the fig as a magical house that provides shelter and food for its young.

A female wasp pollinates the tiny flowers contained inside the hollow fig fruit, then lays eggs in some of the developing seeds. The larvae that hatch feed on some seeds but leave enough for the tree to reproduce itself. After the larvae transform to adults, the male and female wasps mate inside the fig. The females then gather pollen from the flowers inside the fig, fly to another fig tree where they pollinate its flowers and lay eggs in its seeds to begin the cycle anew.

A few females, however, carry no pollen and do not pollinate the figs they enter, even though they lay their eggs in the flowers. Figs retaliate for this duplicity: they may drop unpollinated figs, killing the wasp larvae they contain, and the wasp offspring from unpollinated figs may be fewer and smaller than those in pollinated figs. The percentage of wasps carrying no pollen varies considerably among species. Likewise, some fig tree species discriminate against cheating wasps more strongly than other figs.

But if figs punish cheating wasps, it creates a puzzle: why aren't cheaters totally eliminated? Researchers used data on four species of figs and their pollinating wasps from long-term research at STRI's Barro Colorado research station to analyze the factors that accounted for the persistence of cheating and why the percentage of cheaters varied between species. In four wasp species included in this study, the percentage of cheating wasps ranged more than 10-fold, from 0.3 to 5 percent.

In three fig species that strongly punished non-cooperation, the percentage of non-pollinating wasps in the population was very low and could be accounted for by rare mutations. Selection against cheaters is apparently so strong that most are unable to reproduce and pass this behavior on to the next generation. Instead, the cheaters in each generation are likely the offspring of non-cheaters, but with mutations that made them non-cooperative.

In contrast, in one species of fig that did not punish cheaters so severely, the percentage of cheating wasps was much higher. Wasps that do not collect or carry pollen have an advantage in time and energy over those that do-for example, carrying less weight may allow them to fly farther and increase the probability of finding a receptive fig tree. These advantages are evidently enough to allow cheaters to increase in the population to the percentage observed in the field.

"This study is a rather rare combination of theory parameterized with field-collected data," Jander said. "Many researchers ask how low-quality partners can persist in mutualisms with effective host sanctions. In the fig mutualism, we can actually attempt to answer this question."

Is it sometimes ok to cheat? 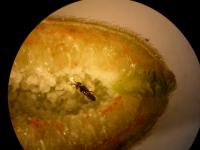 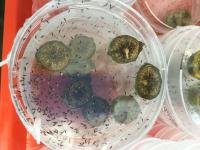