PHILADELPHIA (December 8, 2013) – According to Gertrude Stein, "A rose is a rose is a rose," but new research indicates that might not be the case when it comes to the rose's scent. Researchers from the Monell Center and collaborating institutions have found that as much as 30 percent of the large array of human olfactory receptor differs between any two individuals. This substantial variation is in turn reflected by variability in how each person perceives odors.

Humans have about 400 different types of specialized sensors, known as olfactory receptor proteins, that somehow work together to detect a large variety of odors.

"Understanding how this huge array of receptors encodes odors is a challenging task," says study lead author Joel Mainland, PhD, a molecular biologist at Monell. "The activation pattern of these 400 receptors encodes both the intensity of an odor and the quality – for example, whether it smells like vanilla or smoke – for the tens of thousands of different odors that represent everything we smell.

Right now, nobody knows how the activity patterns are translated into a signal that our brain registers as the odor."

Adding to the complexity of the problem, the underlying amino acid sequence can vary slightly for each of the 400 receptor proteins, resulting in one or more variants for each of the receptors. Each receptor variant responds to odors in a slightly different way and the variants are distributed across individuals such that nearly everyone has a unique combination of olfactory receptors.

To gain a better understanding of the extent of olfactory receptor variation and how this impacts human odor perception, Mainland and his collaborators used a combination of high-throughput assays to measure how single receptors and individual humans respond to odors. The results, published in Nature Neuroscience, provide a critical step towards understanding how olfactory receptors encode the intensity, pleasantness and quality of odor molecules.

Drilling down, the researchers next examined the DNA of 16 olfactory receptor genes, discovering considerable variation within the genes for discrete receptors.

Using sophisticated mathematical modeling to extrapolate from these results, Mainland predicts that the olfactory receptors of any two individuals differ by about 30 percent. This means that for any two randomly chosen individuals, approximately 140 of their 400 olfactory receptors will differ in how they respond to odor molecules.

To understand how variation in a single olfactory receptor affects odor perception, the researchers studied responses to odors in individuals having different variants of a receptor known as OR10G4. They found that variations in the OR10G4 receptor were related to how people perceive the intensity and pleasantness of guaiacol, a molecule that often is described as having a 'smoky' characteristic.

Moving forward, a current study is relating the olfactory receptor repertoire of hundreds of people with how those people respond to odors. The data will enable the researchers to identify additional examples of how changes in individual receptors affect olfactory perception.

"The long-term goal is to figure out how the receptors encode odor molecules well enough that we can actually create any odor we want by manipulating the receptors directly," said Mainland. "In essence, this would allow us to 'digitize' olfaction."

The Monell Chemical Senses Center is an independent nonprofit basic research institute based in Philadelphia, Pennsylvania. For 45 years, Monell has advanced scientific understanding of the mechanisms and functions of taste and smell to benefit human health and well-being. Using an interdisciplinary approach, scientists collaborate in the programmatic areas of sensation and perception; neuroscience and molecular biology; environmental and occupational health; nutrition and appetite; health and well-being; development, aging and regeneration; and chemical ecology and communication. For more information about Monell, visit http://www.monell.org. 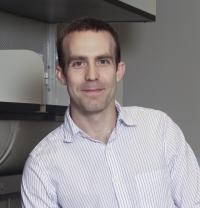