Burd will present her team's initial findings at the American Association for Cancer Research (AACR) Annual Meeting 2016 on Sunday, April 17, 2016.

"Over the past 40 years, the melanoma incidence rate has consistently increased in the United States," said Burd, an assistant professor in the Department of Molecular Genetics and the Department of Molecular Virology, Immunology & Medical Genetics at The OSUCCC - James. "Sunscreens are known to prevent skin from burning when exposed to UV sunlight, which is a major risk factor for melanoma. However, it has not been possible to test whether sunscreens prevent melanoma, because these are generally manufactured as cosmetics and tested in human volunteers or synthetic skin models.

"We have developed a mouse model that allows us to test the ability of a sunscreen to not only prevent burns but also to prevent melanoma," continued Burd. "This is a remarkable accomplishment. We hope that this model will lead to breakthroughs in melanoma prevention."

Burd and colleagues previously reported in Cancer Discovery, a journal of the AACR, the development of this mouse melanoma model. These genetically engineered mice spontaneously develop melanoma about 26 weeks after the chemical 4-hydroxytamoxifen (4OHT) is applied to the skin.

In this new study, Burd and Andrea Holderbaum, a senior undergraduate biology major working in Burd's laboratory, found that if they exposed the genetically engineered mice to a single dose of UVB light one day after applying 4OHT to the skin, melanomas appeared much more rapidly, and there were many more tumors. "Melanoma-free survival was reduced by 80 percent, to about five weeks," said Burd.

The researchers then used the mouse model to test the ability of a number of sunscreens labeled SPF30 to prevent melanoma. The sunscreens, which contained a range of UV-blocking agents, were applied to the mice prior to exposure to the UVB light. All the sunscreens delayed melanoma onset and reduced tumor incidence.

"There were some minor differences in melanoma prevention amongst the different SPF30-labeled sunscreens," said Burd. "However, we later discovered that even though the sunscreens were all marketed as SPF30, some were actually predicted to have a higher rating. For this reason, it is hard to compare the melanoma-preventing capacity of the different sunscreens at this time."

Burd explained that a major limitation of the study is that the short dose of UVB used in these experiments is equivalent to the amount of UVB exposure a person might experience in a week's long beach vacation. "Sunscreens were never meant to handle a week's worth of sun given at one time, and we are working to reduce the UVB dose we use in our studies," she said.

Burd added that another limitation is that they used only UVB light, which means that the mice were exposed to only a portion of the entire UV spectrum present in sunlight. "We are currently seeking funding to purchase a solar simulator which will better model all wavelengths of sunlight," she said. "However, funding these studies can be hard to come by because sunscreens are primarily developed by the cosmetics industry, which has pledged not to use animals in the development of their products."

The OSUCCC - James team will continue research aimed at isolating which specific sunscreen ingredients that provide the strongest protection against melanoma development. This information, Burd says, could be used to develop smarter sunscreens that are both safe to use and proven effective in reducing skin cancer risk.

This study was funded by Pelotonia, a grassroots cycling event based in Columbus, Ohio, which has raised more than $106 million for cancer research at Ohio State. Burd and Holderbaum declare no conflicts of interest.

About the OSUCCC - James

The Ohio State University Comprehensive Cancer Center - Arthur G. James Cancer Hospital and Richard J. Solove Research Institute strives to create a cancer-free world by integrating scientific research with excellence in education and patient-centered care, a strategy that leads to better methods of prevention, detection and treatment. Ohio State is one of only 45 National Cancer Institute-designated Comprehensive Cancer Centers and one of only four centers funded by the NCI to conduct both phase I and phase II clinical trials on novel anticancer drugs. As the cancer program's 306-bed adult patient-care component, The James is one of the top cancer hospitals in the nation as ranked by U.S. News & World Report and has achieved Magnet designation, the highest honor an organization can receive for quality patient care and professional nursing practice. At 21 floors with more than 1.1 million square feet, The James is a transformational facility that fosters collaboration and integration of cancer research and clinical cancer care. For more information, visit cancer.osu.edu.

About the American Association for Cancer Research

Founded in 1907, the American Association for Cancer Research (AACR) is the world's oldest and largest professional organization dedicated to advancing cancer research and its mission to prevent and cure cancer. AACR membership includes more than 35,000 laboratory, translational, and clinical researchers; population scientists; other health care professionals; and patient advocates residing in 104 countries. The AACR marshals the full spectrum of expertise of the cancer community to accelerate progress in the prevention, biology, diagnosis, and treatment of cancer by annually convening more than 30 conferences and educational workshops, the largest of which is the AACR Annual Meeting with nearly 19,300 attendees. In addition, the AACR publishes eight prestigious, peer-reviewed scientific journals and a magazine for cancer survivors, patients, and their caregivers. The AACR funds meritorious research directly as well as in cooperation with numerous cancer organizations. As the Scientific Partner of Stand Up To Cancer, the AACR provides expert peer review, grants administration, and scientific oversight of team science and individual investigator grants in cancer research that have the potential for near-term patient benefit. The AACR actively communicates with legislators and other policymakers about the value of cancer research and related biomedical science in saving lives from cancer. For more information about the AACR, visit http://www.AACR.org. Follow the AACR Annual Meeting 2016 on Twitter: #AACR16. 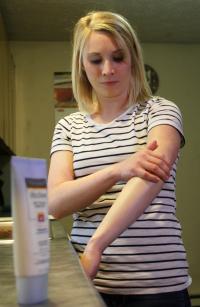 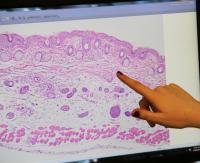