The boundary between life and non-life is a remarkably narrow one. A central hallmark of life is the cellular membrane - a protective barrier of only a few nanometers thickness (one nanometre is a millionth of a millimetre) that is composed of proteins and two fluid layers of water-insoluble lipids. The function and integrity of this lipid bilayer is essential for the survival of the cell. If the cell membrane (or plasma membrane as it is also known) is compromised, the cell will die.

'But this boundary is more than just a semi-permeable, passive barrier' explains Robert Ernst, Professor of Molecular Biology at Saarland University, whose research focuses on improving our understanding of these ultra-thin, flexible barriers around our cells. 'Cell membranes are astonishing materials with bizarre properties that are difficult to imagine. They are extremely soft, yet they can cope with pressures that are hundreds of times greater than atmospheric pressure. At the same time, they have liquid-like properties and the ability to self-repair. This unique material protects the our cells from physical and chemical stress, facilitates communication between cells, mediates uptake of nutrients, and it wards off invading pathogens,' says Ernst.

For a system that has to perform such a variety of functions, it is critical to have fine-tuned properties to warrant full functionality. 'The cell membrane is a self-regulated system that is able to optimize its composition to each environmental condition.' To illustrate this adaptability, Robert Ernst chooses the image of a reindeer with its hooves in the Arctic permafrost, while its head has a stable temperature of 37 degrees Celsius. 'The cell membranes close to the hoove are composed of an entirely different set of lipids than the membranes in the brain.' says Ernst.

For about the last fifty years, scientists have assumed that the fluid character of the membrane is crucial for this adaptivity. By sensing membrane fluidity, a cell would 'know' what to do to survive in the cold. When the membrane becomes more viscous or even freezes as the temperature falls, the cell reacts by producing a different set of lipids that does not freeze as easily. A perfectly logical and credible explanation, which found its way as the theory of 'homeoviscous adaptation' into the textbooks of biochemistry.

'Unfortunately, this is not what's happening,' says Robert Ernst.

Through a collaborative scientific study involving lead author Stephanie Ballweg, Robert Ernst's research team at the Saarland University and colleagues from Great Britain, Germany and the USA, the researchers have been able to refute the central assumption underlying the hypothesis of 'homeoviscous adaptation'. 'We have isolated the membrane sensor Mga2 from baker's yeast and investigated how it responds to membrane fluidity,' explains Ernst. 'According to the prevailing hypothesis, this sensor would trigger a response whenever the membrane viscosity increases. But that is not what we observe.' It turns out that the fluidity is irrelevant, but that the packing density of lipid atoms in a special region of the membrane determines whether or not the sensor is activated. 'This makes it possible for the sensor to distinguish between saturated and unsaturated fatty acids in the membrane lipids,' says Ernst, describing the findings that have swept away a fifty-year-old theory.

And why didn't someone come up with this idea earlier? 'Up until recently, the disciplines interested in membranes have worked somewhat in isolation with relatively little exchange,' says Ernst. 'In order to conduct this research project, it was crucial to bring together experts in physics, materials science, biochemistry, and genetics.' Only by the synergy released by this interdisciplinary team it was possible to test the validity of the prevailing model. Based on these findings, bioscientists around the world can revisit the important question how membrane regulate the function of membrane proteins and how the lipid composition affects the communication between cells from a new perspective. 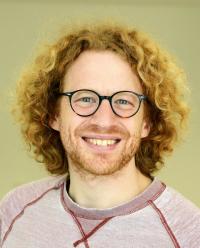