COLUMBIA, Mo. – Relational aggression, or "mean girl" bullying, is a popular subject in news and entertainment media. This nonphysical form of aggression generally used among adolescent girls includes gossiping, rumor spreading, exclusion and rejection. As media coverage has illustrated, relational aggression can lead to tragic and sometimes fatal outcomes. Despite these alarming concerns, little has been done to prevent and eliminate these negative behaviors. Now, University of Missouri researchers have developed and tested an intervention that effectively decreases relational aggression among teen girls.

"Good outcomes can happen when priorities are set by schools and families to prevent and eliminate relational aggression," said co-author Connie Brooks, an assistant professor in the Department of Health Psychology in the School of Health Professions and in the Thompson Center for Autism and Neurodevelopmental Disorders. "This study was an attempt to address this social problem in a meaningful way by testing an intervention to reduce relational aggression among teen girls."

The intervention, Growing Interpersonal Relationships through Learning and Systemic Supports (GIRLSS), developed by MU researchers, is a 10-week, group counseling, caregiver training and caregiver phone consultation intervention for relationally aggressive middle school girls and their families. Students, ranging in age from 12 to 15, participated in one 70-minute session per week that included interactive discussions, media-based examples, role-playing, journaling and weekly goal setting. At the end of the intervention, school counselors and teachers reported a decrease in relationally aggressive behaviors among the girls.

Caregivers of students participated in separate workshops and biweekly phone consultations during which they learned new communication, monitoring and supervision strategies in addition to appropriate disciplinary responses.

"It takes a village to raise relationally healthy children," said Melissa Maras, co-author and assistant professor in the Department of Educational, School and Counseling Psychology in the MU College of Education. "This study represents a first step in helping school personnel meet the intervention needs of a diverse group of relationally aggressive girls."

In order for the intervention to expand to more schools, MU researchers hope to improve and further evaluate GRILSS based on feedback from the participants.

The study's lead author, Joni Williams Splett, completed this research at MU while she was a doctoral student. Splett is now a postdoctoral research fellow at the University of South Carolina. The research, "GIRLSS: A Randomized, Plot Study of a Multisystemic, School-Based Intervention to Reduce Relational Aggression," was published in the Journal of Child and Family Studies.

Journal of Child and Family Studies 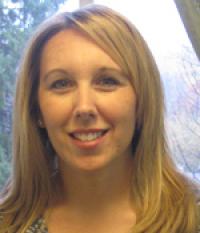