A simplified ecological landscape - with significant biodiversity loss - might be the outcome if a global temperature increase cannot be restricted to 1.5°C above historical pre-industrial levels.

This is the warning from Professor Guy Midgley, a world-leading expert on global change and its impact on biodiversity, in an insight article published in Science this week

"Warming by more than two degrees will take the world into a temperature state that it hasn't seen for several millions of years," he says from his office in the Department of Botany and Zoology at Stellenbosch University, South Africa. This is in reaction to a report from the Tyndall Centre for Climate Change Research at the University of East Anglia in the United Kingdom, also published in this issue of Science, in which Professor Rachel Warren and others show that if the global temperature increase cannot be limited to 1.5°C, but is allowed to rise with 2°C, it roughly doubles the risks associated with warming for plants, animals and insects.

With current pledges by nations towards limiting climate change, scientists predict a corresponding warming of about 3.2°C. This could see 47% of insect species, 26% of vertebrate and 16% of plant species standing to lose at least half of their geographic ranges.

Professor Midgley says higher levels of warming would lead to systemic ecological simplification, a process where many "climate losers" are replaced by far fewer "climate winners". Such a simplified ecological landscape could have impacts on ecosystem services such as water quality, soil conservation, flood prevention, all of which are important for human well-being. Fewer insects also mean fewer pollinators and hence concomitant implications for many plant species, and related food production.

But even if governments and industry manage to limit warming to 1.5°C, recent research shows that large tracts of land would have to be made available for capturing and storing carbon: some estimates are for up to 18% of the land surface or 24-36% of current arable cropland by the end of this century.

Either way, biodiversity may get the worst end of the bargain, because the expanding land use itself could threaten remaining habitats.

"We need to stay as close to 1.5°C as possible. That is really the conclusion from the Warren et al paper. So here is the irony. In order to achieve the 1.5°C target, we may well damage many of the habitats that support biodiversity in order to achieve a target that will save biodiversity.

"There is way too much debate about the issue of climate change and whether or not it is real. What we really need to be doing is debating how we solve this problem. Those very high CO2 concentrations could well change the ecosystems of the world irrevocably. If we increase CO2 to over a thousand parts per million, over the next fifty to sixty years, which we are quite capable of doing if we fail to reduce our dependence on fossil fuels, we could literally move the world back 20 to 30 million years in the space of a century. It is like moving ecosystems backwards in time at the speed of light.

"We need to find the combinations of options that minimise conflicts between these competing demands. Only if we succeed in solving this nexus between climate security, land use and biodiversity conservation, will we be able to ensure a sustainable future in the long-term," he concludes.

Professor Midgley is lead author in an upcoming global assessment on biodiversity and ecosystem services, due in May 2019, for the Intergovernmental Panel on Biodiversity and Ecosystem Services (IPBES). 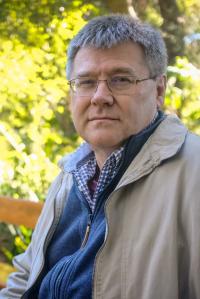