Children who suffer from intestinal failure, most often caused by a shortened or dysfunctional bowel, are unable to consume food orally. Instead, a nutritional cocktail of sugar, protein and fat made from soybean oil is injected through a small tube in their vein.

For these children, the intravenous nutrition serves as a bridge to bowel adaptation, a process by which the intestine recovers and improves its capacity to absorb nutrition. But the soybean oil, which provides essential fatty acids and calories, has been associated with a potentially lethal complication known as intestinal failure–associated liver disease, which may require a liver and/or intestinal transplant. Such a transplant can prevent death, but the five-year post-transplant survival rate is only 50 percent.

Previous studies have shown that replacing soybean oil with fish oil in intravenous nutrition can reverse intestinal failure–associated liver disease. However, the necessary duration of fish oil treatment had not been established in medical studies.

Now, a clinical trial conducted at the Children's Discovery and Innovation Institute at Mattel Children's Hospital UCLA has found that, compared with soybean oil, a limited duration (24 weeks) of fish oil is safe and effective in reversing liver disease in children with intestinal failure who require intravenous nutrition. The researchers believe that fish oil may also decrease the need for liver and/or intestinal transplants — and mortality — associated with this disease.

"With this particular study, we set out to determine if a finite period of six months of intravenous fish oil could safely reverse liver damage in these children, and we have had some promising results," said lead author Dr. Kara Calkins, an assistant professor in the department of pediatrics in the division of neonatology and developmental biology at UCLA. "But because intravenous fish oil is not yet approved by the Food and Drug Administration and is much more costly than soybean oil, it is typically not covered by insurance. As a result, this oil is considered experimental and is currently available only under special protocols. If it proves safe and effective for patients, we hope it would eventually be available for wider use."

For the study, intravenous soybean oil was replaced with intravenous fish oil in 10 patients between the ages of 2 weeks and 18 years who had advanced intestinal failure–associated liver disease and who were at high risk for death and/or transplant. The researchers compared these subjects with 20 historical controls who had received soybean oil.

Results showed that the children receiving fish oil had a much higher rate of reversal of liver disease than those who received the standard soybean oil. In fact, after 17 weeks of fish oil, nearly 80 percent of patients experienced a reversal of their liver disease, while only 5 percent of the soybean patients saw a reversal.

The next phase of research will involve following children for up to five years after they stop fish oil to determine if their liver disease returns and if transplant rates are truly decreased, the study authors said.

For Isabella Piscione, who was one of the first patients at UCLA to receive the fish oil treatment under compassionate use, her outcome with the treatment paved the way for researchers to establish the six-month protocol. Because of multiple surgeries due to an obstruction in her intestines, Isabella was left with only 10 centimeters of intestine. She depended on intravenous nutrition for survival, which unfortunately resulted in liver damage.

When Isabella started the fish oil treatment, she was just over 6 months old and was listed for a liver and bowel transplant. Within a month of starting the treatment, her condition started to improve. By six months, her liver had healed, and she no longer needed a transplant.

"We cried tears of joy each week that we saw her getting better and better," said her father, Laureano Piscione. "She is a success story."

Journal of Parenteral and Enteral Nutrition 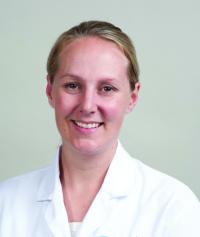