DETROIT- Henry Ford Health System's Department of Neurosurgery was awarded a $600,000 grant by the Department of Defense to study the genetic makeup of gliomas, a type of brain cancer, in hope of identifying new therapies.

Houtan Noushmehr, Ph.D., the study's principal investigator, says researchers will explore the molecular features of DNA from patients with aggressive and non-aggressive forms of glioma. Researchers then will apply next generation sequencing to analyze potential changes at the DNA level, hoping to identify a cause that is driving the more aggressive cancer type.

"We are very excited to receive this important grant from the Department of Defense," Dr. Noushmehr says. "This disease not only affects military personnel and veterans, but also civilians as well. We hope to unravel new insights and understanding of this most debilitating disease affecting adults, with the ultimate goal of treating and hopefully expanding new drug targets."

In previous research, Dr. Noushmehr and colleagues discovered that when DNA methylation occurred, patients had a good clinical outcome; when the DNA methylation was lost, patients had a poor outcome. Methylation is a biochemical process that alters the expression of a gene (turns it on or off like a light switch). Researchers also identified a set of molecular signatures or biomarkers that can predict a patient's initial diagnosis. Additionally, they determined which tumors are likely to recur with a more aggressive tumor type by analyzing the patient's initial tumor sample.

Dr. Noushmehr says the emerging field of molecular therapies has the potential to improve patient outcomes. It would also allow neuro-oncologists to predict which patients are at higher risk of recurrence and require more aggressive therapies, he says.

"As a neurosurgeon who has treated glioma patients for many years, I'm excited about this research in this era of precision medicine because the data helps open the door to new treatments and improved clinical outcomes for patients suffering from this type of brain cancer," says Steven Kalkanis, M.D., chair of the Henry Ford Department of Neurosurgery and medical director of the Henry Ford Cancer Institute.

Researchers to study brain cancer with Department of Defense funding 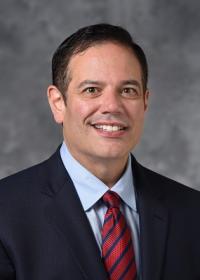