African wild dogs (Lycaon pictus) are known for their unique hunting style, often referred to as "exhaustive predation", in which they chase their prey to exhaustion, rather than hunting using speed, strength, or stealth. They are also unique among the dog clade in having only four full digits on their front paws. Until recently, it was unclear how these unique behavioral and anatomical features would affect their forelimb morphology.

The African wild dog, also known as the African painted dog or Cape hunting dog, is native to southern and eastern Africa, and classified as Endangered by the International Union for the Conservation of Nature (IUCN). They use sophisticated, coordinated hunting behaviors in which some packs decide as a group to hunt and communicate their vote via "sneezing". They also have a nomadic lifestyle with packs traveling up to 50 km per day and geographically extensive home ranges of 560 to 3000 km2. African wild dogs also differ from other canid (dog) species in the absence of a fully formed first digit (tetradactyly), which may allow for increased speed and stride length, facilitating long-distance pursuit of prey.

In a recent study published in PeerJ, a team of anatomists discovered a small, vestigial first metacarpal deep to the skin of the African wild dog. Surprisingly, this species is not fully tetradactyl as previously thought, but instead has a rudimentary digit 1. Prior to this study, the vestigial first digit of the African wild dog had never been described. The unexpected reduced digit results in a reconfiguration of some of the associated forelimb muscles to assist with proprioceptive functions (the body's perception of its own position and movement). According to Heather F. Smith, the study's lead author, "We now not only know that this vestigial digit exists, but how its presence completely reorganizes and repurposes the muscles typically associated with the first digit."

The authors have also discovered a stout ligament in the wrist which may act as a strut, assisting with passive flexion and rebound of the forefoot. This taut ligament provides non-muscular propulsion during push-off of the forepaw, which may help sustain endurance running and prevent the wrist muscles from tiring. This morphology is similar in function to the suspensory ligaments of the horse "spring foot", which provides passive "spring" action by absorbing and transferring forces experienced during locomotion.

Several other muscular adaptations to long-distance endurance running in the forelimb muscles have also been identified, including relatively reduced wrist rotator muscles and thick ligaments binding the radius and ulna (the two forearm bones), resulting in greater wrist and forearm stability. Several muscles associated with joint stability elastic energy storage during locomotion are also expanded compared to other species.

According to Smith, "This is the first in-depth study of African wild dog forelimb anatomy, and it demonstrates multiple adaptive mechanisms of endurance running, including reconfiguration of forelimb muscles, ligaments, and even bones, which function synchronously to facilitate the highly cursorial lifestyle of this fascinating species".

Link to the Published Version of the article (quote this link in your story - the link will ONLY work after the embargo lifts): https://peerj.com/articles/9866/

Citation to the article:

PeerJ is an Open Access publisher of seven peer-reviewed journals covering biology, environmental sciences, computer sciences, and chemistry. With an emphasis on high-quality and efficient peer review, PeerJ's mission is to help the world efficiently publish its knowledge. All works published by PeerJ are Open Access and published using a Creative Commons license (CC-BY 4.0). PeerJ is based in San Diego, CA and the UK and can be accessed at peerj.com

Across its journals, PeerJ has an Editorial Board of over 2,000 respected academics, including 5 Nobel Laureates. PeerJ was the recipient of the 2013 ALPSP Award for Publishing Innovation. PeerJ Media Resources (including logos) can be found at: peerj.com/about/press 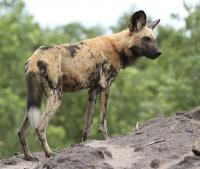