RIVERSIDE, Calif. – Two paleontologists studying ancient fossils they excavated in the South Australian outback argue that Earth’s ecosystem has been complex for hundreds of millions of years – at least since around 565 million years ago, which is included in a period in Earth’s history called the Neoproterozoic era.

Until now, the dominant paradigm in the field of paleobiology has been that the earliest multicellular animals were simple, and that strategies organisms use today to survive, reproduce and grow in numbers have arisen over time due to several factors. These factors include evolutionary and ecological pressures that both predators and competition for food and other resources have imposed on the ecosystem.

But in describing the ecology and reproductive strategies of Funisia dorothea, a tubular organism preserved as a fossil, the researchers found that the organism had multiple means of growing and propagating – similar to strategies used by most invertebrate organisms for propagation today.

Funisia dorothea grew in abundance, covering the seafloor, during the Neoproterozoic, a 100 million-year period ending around 540 million years ago in Earth’s history, during which no predators were around. Mary Droser, one of the paleontologists involved in the study and a professor of Earth sciences at UC Riverside, first discovered the rope-resembling organism in 2005 near Ediacara, South Australia (the site of the excavations), and gave it its name (Funisia after “rope” in Latin; dorothea after Dorothy, Droser’s mother).

“How Funisia appears in the fossils clearly shows that ecosystems were complex very early in the history of animals on Earth – that is, before organisms developed skeletons and before the advent of widespread predation,” said Droser, who was joined in the research by James G. Gehling of the South Australia Museum.

Study results appear in the March 21 issue of Science.

Droser and Gehling observed that Funisia appears as 30 cm-long tubes in the fossils. They also observed that the tubes commonly occur in closely-packed groups of five to fifteen individuals, displaying a pattern of propagation that often accompanies animal sexual reproduction.

“In general, individuals of an organism grow close to each other, in part, to ensure reproductive success,” said Droser, the first author of the research paper and the chair of the Department of Earth Sciences. “In Funisia, we are very likely seeing sexual reproduction in Earth’s early ecosystem – possibly the very first instance of sexual reproduction in animals on our planet.”

According to Droser and Gehling, the clusters of similarly sized individuals of Funisia are strongly suggestive of “spats,” huge numbers of offspring an organism gives birth to at once. Besides producing spats, the individual tubular organisms reproduced by budding, and grew by adding bits to their tips.

Rachel Wood, a paleontologist at the University of Edinburgh, United Kingdom, who was not involved in the research, said the finding shows that fundamental ecological strategies were already established in the earliest known animal communities, some 570 million years ago.

“The fact that Funisia shows close-packed growth on the sea floor allows us to infer that this organism also reproduced sexually, producing a limited number of larval spatfalls,” she said. “This is how many primitive animals, such as sponges and corals, reproduce and grow today. So although we do not know the affinities of many of these oldest animals, we do know that their communities were structured in very similar ways to those that exist today.”

Scientists believe that a clear picture of the early ecosystem on our planet can inform us how early life evolved, what it looked like, and how organisms respond to environmental and other changes.

“The nature of the early ecosystem also clues us on what to look for on other planets in our search for extraterrestrial life,” Droser said.

The University of California, Riverside is a doctoral research university, a living laboratory for groundbreaking exploration of issues critical to Inland Southern California, the state and communities around the world. Reflecting California's diverse culture, UCR's enrollment of about 17,000 is projected to grow to 21,000 students by 2010. The campus is planning a medical school and already has reached the heart of the Coachella Valley by way of the UCR Palm Desert Graduate Center. With an annual statewide economic impact of nearly $1 billion, UCR is actively shaping the region's future. To learn more, visit www.ucr.edu or call (951) UCR-NEWS. 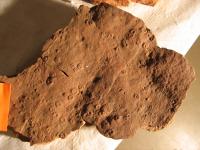 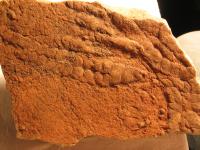