The NFL's schedule makers face a lot of uncertainty when they sit down every spring to put together the next season's Monday Night Football schedule.

The games won't be played for several months, and all sorts of things can happen during that time, making a game that looks compelling in April a viewership bust in October. Players might be traded or signed by new teams, others unexpectedly retire, suffer an injury, or get arrested. A playoff team from one season may take a nosedive the next. All of a sudden, the Monday Night Football schedule that once appeared to be filled with ratings winners is riddled with games few fans are interested in watching.

But researchers from the University of Iowa's Tippie College of Business may have found a new game plan to improve the probability of exciting Monday night matchups.

After analyzing years of Monday Night Football viewership, Tippie researchers have developed an optimization model that shows its schedules could be improved. Bhupesh Shetty, a management sciences doctoral student; Jeffrey Ohlmann, associate professor of management sciences; and Gary Gaeth, professor of marketing, analyzed every Monday Night Football game played from 1993 to 2008 and broke each game down into its various factors to see what has the biggest impact on a game's Nielsen ratings.

Among the factors considered were the teams' records, the date of the game, competing sports events on other networks, and the quarterbacks. But many of those variables that are strongest predictors of high ratings (the records of the teams playing, for instance) are unknown in April. So Shetty, Ohlmann, and Gaeth teased out the factors that are known before the season begins and could be helpful when putting the schedule together in the spring.

Those factors the study identified as having the highest impact:

"And for a chance at a late-season ratings king, you can't go wrong scheduling two top quarterbacks against each other," Ohlmann says.

The study also discovered that certain teams generate better ratings even after controlling for other factors such as team record, superstar quarterbacks, etc. The Dallas Cowboys are the top draw, followed by the Minnesota Vikings, Pittsburgh Steelers, and Green Bay Packers.

One of the strongest variables that determines a game's ratings is the presence of the Jacksonville Jaguars. The study found that whenever the Jaguars play, the ratings consistently underperform. This was true during the entire sample size dating back to 1993, the year the Jaguars joined the NFL as an expansion franchise, so it includes the period when the team won division championships and regularly made the playoffs. The study doesn't explain the fact that fans seem to actively avoid watching the Jaguars, but Ohlmann speculates that it might be because Jacksonville is a small market and as a recent expansion team, it lacks a national following.

"The only way to unequivocally show the optimized schedules are better would be to replay the seasons," Ohlmann says.

Regardless, the optimized schedules avoid games that actually resulted in ratings busts and provide a tool for broadcasters like ESPN as they negotiate which games they can televise.

Gaeth's and Ohlmann's paper, "Analysis of Monday Night Football viewership," is published in a recent issue of the journal Statistical Analysis and Data Mining. 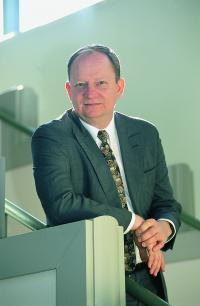