Viruses are perfect molecular machines. Their only goal is to insert their genetic material into healthy cells and thus multiply. With deadly precision, they thereby can cause diseases that cost millions of lives and keep the world on edge. One example for such a virus, although currently less discussed, is HIV that causes the ongoing global AIDS-epidemic. Despite the progress made in recent years, 690 000 people died in 2019 alone as a result of the virus infection. "If you want to know the enemy, you have to know all its friends," says Martin Obr, postdoc at the Schur group at IST Austria. Together with his colleagues, he therefore studies a virus belonging to the same family as HIV - the Rous sarcoma virus, a virus causing cancer in poultry. With its help, he now gained new insights into the important role a small molecule plays in the assembly of these type of viruses.

In their study, published in the journal Nature Communications, the team together with collaborators at Cornell University and the University of Missouri focused on the late phase of retrovirus replication. "It is a long way from an infected cell to the mature virus particle that can infect another cell," explains first author Martin Obr. A new particle buds from the cell in an immature, non-infectious state. It then forms a protective shell, a so-called capsid, around its genetic information and becomes infectious. This protective shell consists of a protein, which is organized in hexamers and a few pentamers. The team discovered that a small molecule called IP6 plays a major role in stabilizing the protein shell within the Rous sarcoma virus.

"If the protective shell is not stable, the genetic information of the virus could be released prematurely and will be destroyed, but if it's too stable the genome can't exit at all and, therefore, becomes useless," says Assistant Professor Florian Schur. In a previous study, he and his colleagues were able to show IP6 is important in the assembly of HIV. Now, the team proved it to be as important in other retroviruses showing just how essential the small molecule is in the virus life cycle. "When building a car, you have all these big metal parts, like the hood, the roof and the doors - the screws are connecting everything. In our case, the big parts are the capsid proteins and the IP6 molecules are the screws," says Obr.

Further developing cryo-electron tomography, a technique that allows scientists to look at extremely small samples in their natural state, the team was able to see how variable the shapes formed by capsid proteins are. "Now we ask ourselves: Why does the virus change the shape of its capsid? What is it adapting to?" says postdoc Martin Obr. Different capsid shapes within the same type of virus could point to differences in the infectivity of virus particles. "Whatever happens, happens for a reason but there is no clear answer yet," says Florian Schur. Further developing the technology to get to the bottom of these highly optimized pathogens remains a challenging and fascinating task for the scientists. 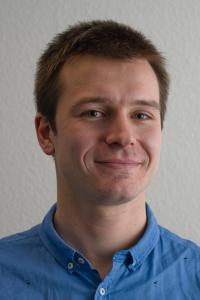