Funded by grants from the National Institutes of Health, scientists at Blood Systems Research Institute (BSRI) in San Francisco and the Washington University School of Medicine in St. Louis have found that neutralizing antibodies that engage epitopes including residue E2-W64 are highly potent at inhibiting the virus in mice, due to the importance of E2-W64 in pathogenicity. Furthermore, these antibodies prevent CHIKV from both entering and exiting cells, whereas prior studies of neutralizing antibodies to CHIKV and multiple other classes of viruses have focused on the capacity to block viruses from entering a cell.

The research was published today in Cell Reports, an open-access journal from Cell Press.

Dr. Graham Simmons, associate investigator at BSRI and the lead researcher on the project, together with Dr. Jing Jin, a postdoctoral fellow in his laboratory, view these recent discoveries in the scope of a greater body of work that he and other researchers are doing to understand and combat CHIKV and other viruses. "Inhibiting chikungunya virus, both at the points of entry and release from cells, is another important piece in the puzzle that could lead to new approaches in therapeutics and vaccines to fight infectious diseases," explains Simmons. Last month, a team led by Dr. Michael Diamond of the Washington University School of Medicine in St. Louis and that included Drs. Simmons and Jin, published related research in the journal Cell. Diamond's team found that a panel of cross-neutralizing monoclonal antibodies can potently inhibit both entry and release of more than one alphavirus. This result, effectively a method for blocking the spread of alphaviruses between cells, is one that could eventually lead to a single vaccine that protects against multiple viruses. Such a vaccine would represent a major milestone in global infectious disease prevention.

"But for chikungunya specifically," continues Simmons, "more research is still needed to know whether the virus can be transmitted via blood transfusion and if the recipient of the infected blood develops symptoms."

In the past decade, CHIKV, a mosquito-borne virus, has spread from endemic areas of Africa and Asia to Europe and the Americas, infecting millions. Infection causes high fever, often accompanied by severe joint pain, which can lead to chronic arthritis. It is not yet known if CHIKV is transmitted through blood transfusion from an infected donor; no cases of transfusion-transmitted CHIKV have been reported to date. Currently, there is no FDA-approved vaccine or blood screening test for CHIKV, and research continues.

"Our mission is to ensure the safety of the world's blood supplies and to prevent the transmission of viruses like chikungunya through blood transfusions," explains Dr. Michael Busch, senior vice president and director of BSRI.

To better understand chikungunya infection rates in the blood supply, BSRI, in collaboration with the U.S. Centers for Disease Control, Puerto Rico Blood Banks, Creative Testing Solutions and Hologic, a company that manufactures blood screening assays, recently completed a large study that documented very high rates of infected donations during the 2014 outbreak in Puerto Rico which infected nearly 25% of the territory's population. Data from that study were presented at the 2015 meeting of the American Society of Tropical Medicine and Hygiene (ASTMH) in October and are expected to be submitted in the next month for publication.

BSRI, together with colleagues in the Recipient Epidemiology and Donor Evaluation Study-III Brazil team and Hologic, also recently received supplemental funding from the National Heart, Lung and Blood Institute of the National Institutes of Health to conduct a study in São Paolo, Brazil, to establish whether transfusion transmission of chikungunya occurs, and if so, the clinical consequences of infection in transfusion recipients. The study will begin in 2016 or 2017, in response to further CHIKV outbreaks in Brazil.

The Blood Systems Research Institute, based in San Francisco, is on the forefront of scientific research for transfusion-focused safety and policy issues. Funded primarily through grants and contracts, and supplemented by contributions from its Blood Systems parent organization, the institute generates and analyzes data to aid the US and worldwide transfusion medicine community by studying potential transfusion-transmitted infectious diseases and recommending testing strategies and technology. Under the scientific leadership of Dr. Michael Busch, Blood Systems Research Institute has made major contributions in the areas of transfusion-transmitted infections like HIV, HCV and HTLV and emerging infections from Chagas, West Nile Virus and dengue viruses. Dr. Busch and his colleagues serve on HHS, FDA and other agency committees that influence national and international blood banking policy.

Blood Systems, one of the nation's oldest and largest non-profit blood service providers, is based in Scottsdale, Arizona, and operates several well-respected divisions, including the Blood Systems Research Institute. Together they provide a diverse range of products and services across all facets of blood banking. Its Blood Centers Division (Blood Centers of the Pacific, Bonfils Blood Center, Community Blood Services, Inland Northwest Blood Center, Lifeblood, LifeShare Community Blood Services, LifeStream and United Blood Services) provides blood, blood components and special services to patients in approximately 700 hospitals in 22 states. Its Creative Testing Solutions division, a co-owned venture with OneBlood, the Institute for Transfusion Medicine and Bloodworks Northwest, is the largest independent blood donor testing organization in the country, and tests approximately 33 percent of the United States blood supply at three high volume laboratories in Dallas, Phoenix and Tampa. And its BioCARE division distributes therapeutic biologicals and recombinant coagulation factors, including such products as albumin, fibrin sealants, IVIG, and Rh immune globulin. 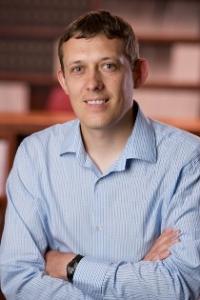 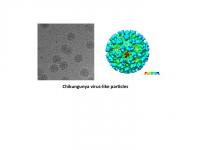