Biological clocks have sizeable effects on the performance of elite athletes. This conclusion was drawn by chronobiologists from the University of Groningen after studying the times achieved by swimmers in four different Olympic Games. Shifting the clock to reach peak performance at the right time could make the difference between winning and losing. The results were published on 8 October in the journal Scientific Reports.

'In many sports, the differences between coming first or second, or winning no medal at all, are very small,' explains Renske Lok, first author of the paper and former PhD student at the University of Groningen. 'We wondered whether an athlete's biological clock was playing a role.' This clock determines our bodies' daily rhythms: it regulates physiological characteristics such as core body temperature and blood glucose levels. 'And we know that peak performance usually coincides with the peak in core body temperature,' says Lok.

She decided to investigate this idea by analysing the times of Olympic swimmers who reached the finals of their particular stroke and distance. 'This meant that they had to swim three rounds: the heats, the semi-finals and the finals.' Results for both male and female athletes were obtained from websites that listed the official results of the Games that took place in Athens (2004), Beijing (2008), London (2012) and Rio de Janeiro (2016).

'We chose swimming because the external situation is very similar: the water temperature is well-regulated and hardly any equipment is used.' To rule out any confounding factors, such as the sharkskin swimsuits worn in Beijing, results for each participant were normalized. The mean individual time over the three rounds was calculated and each round was subsequently compared to the average.

This suggested that performance in the heats, semi-finals and finals was affected by the time of day. Therefore, Lok and her colleagues used a model to eliminate all variations that were not related to the biological clock. This analysis resulted in a clear sinusoid performance pattern over the course of a day. 'The performance was not so good in the morning, better in the afternoon and worse again in the late evening.' The fastest times were predicted for late afternoon, just after five o'clock. The size of the effect (represented by the amplitude of the sinus function) was considerable: it exceeded the time difference between a gold and silver medal in 40 per cent of the finals, between a silver and bronze medal in 64 percent, and between a bronze medal and no medal in 61 per cent.

Of course, all swimmers are in the pool at the same time for the finals. 'Yet not all swimmers will have the same chronotype,' says Lok. Individuals show variation in the time at which they perform best. And this could therefore affect the chances of winning an Olympic medal. Lok believes that athletes can use this knowledge. 'It is possible to shift your biological clock by exposing yourself to extra daylight at the right time of day. If you do this over the course of several days, you could shift the time of peak performance towards the time of a race.'

It is not yet clear whether the effect of the biological clock has an impact in other sports. 'In cycling, for example, the quality of the bike is also important,' says Lok, who is now a postdoctoral researcher at Stanford University's Department of Psychiatry and Behavioral Sciences. The biological clock that was investigated in the paper affects both arm and leg muscles and, therefore, it seems logical to translate these results to other sports. 'Furthermore, these elite athletes train all day, and we have shown that this does not overrule the effect of the circadian rhythm.'

The way in which we perform over the course of a day is affected by our biological clock. Scientists from the University of Groningen compared times from swimmers in the heats, semi-finals and finals of four Olympic Games. After removing factors that were unrelated to the biological clock, they observed that these swimmers performed best in the late afternoon. Their performance in the morning and the late evening was sub-optimal. The difference caused by the biological clock could be a deciding factor between winning gold and silver, or between winning and not winning a medal. Since individuals' biological clocks may differ, it could pay off to shift the time of peak performance towards the most important race by changing the athletes' light exposure during specific times of the day.

Olympic athletes should be mindful of their biological clocks 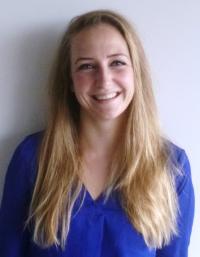