This news release is available in Danish and also Chinese on EurekAlert! Chinese.

An international effort to sequence the genomes of 45 avian species has yielded the most reliable tree of life for birds to date. This new avian family tree helps to clarify how modern birds--the most species-rich class of four-limbed vertebrates on the planet--emerged rapidly from a mass extinction event that wiped out all of the dinosaurs approximately 66 million years ago.

It reveals how some of the earliest bird species diverged, answering many long-standing questions about the common ancestor of birds, crocodilians, and dinosaurs--a group collectively known as archosaurs--and shedding new light on the evolution of avian sex chromosomes, vocal learning in both birds and humans, and the process that led to birds losing their teeth.

The project strengthens the theory of a "big bang" for bird evolution during the 10 to 15 million years that followed the dinosaurs' extinction at the Cretaceous-Paleogene Boundary. It also suggests that the earliest common ancestor of land birds, which include parrots and songbirds as well as hawks and eagles, was an apex predator.

This massive comparative genomics project, which needed several supercomputers to process all its data, took more than four years and involved hundreds of scientists from about 80 institutions in 20 different countries. The research was led by Guojie Zhang from BGI in Shenzhen, China, and the University of Copenhagen in Denmark; Erich Jarvis from the Howard Hughes Medical Institute and Duke University in Durham, North Carolina; and Thomas Gilbert from the Natural History Museum of Denmark and Curtin University in Australia.

The researchers produced about 28 studies--eight of which appear in the 12 December issue of Science. The others are published in journals such as Genome Biology and GigaScience.

"This study, which examines at least one genome from every major modern bird lineage, culminates in two main flagship papers," explained Laura Zahn, a senior editor at the journal Science. "They examine the genetic underpinnings of bird biology and evolution, solving the contentious relationships between the major groups of living birds."

In one of the flagships, Zhang and Cai Li from BGI and the Natural History Museum of Denmark, along with colleagues, describe their comparative analysis of 48 avian genomes, including the 45 new sequences they contributed (crow, duck, pigeon, falcon, woodpecker, eagle, ostrich, and many more) along with three genomes that were already available (chicken, turkey, and zebra finch). Their findings help to explain why bird genomes, in general, are about 70% smaller than those of mammals. They also highlight specific regions of the birds' genomes that have been conserved for more than 100 million years--and the convergent evolution of certain avian traits along the way.

"In the past, people have been using one, two--up to 10 or 20 genes--to try to infer [bird] species relationships over the last 100 million years or so," said Jarvis. "Our theory has been: If you take the whole genome, you would have a more accurate species tree than just one or two genes [could provide] alone."

And it turns out that theory is supported: A report by Jarvis and Siavash Mirarab from the University of Illinois Urbana-Champaign in Champaign, Illinois, et al.--the other flagship paper--shows that protein-coding genes are not enough to get an accurate phylogenetic tree. Researchers must include non-coding sequences of DNA as well as regions between the genes to provide a more accurate picture, they say.

Next, a report by Qi Zhou from the University of California in Berkeley, California, and colleagues highlights the evolution of sex chromosomes in birds and reveals that, unlike the human Y chromosome, the avian W chromosome still has many active genes--and sex chromosomes of various bird species are currently at different stages of evolution.

Andreas Pfenning from Duke University with support from the Howard Hughes Medical Institute, along with his colleagues, reports shared molecular specializations between brain circuits that are important for singing in vocal-learning birds and speech in humans, while Osceola Whitney, also from Duke University, and his colleagues determine that 10% of a bird's genome is regulated by singing, with highly diverse patterns across singing brain regions mediated by epigenetic differences.

Another report by Ed Green from the University of California in Santa Cruz, California, and colleagues describes the sequencing of three crocodilian genomes--the American alligator's, the saltwater crocodile's, and the Indian gharial's--which represent birds' closest living relatives. The genomes of such crocodilians are evolving at an exceptionally slow pace, according to the researchers.

A separate report by Robert Meredith from Montclair State University in Montclair, New Jersey, and colleagues suggests that the mutations that eliminated enamel and dentin from the teeth of modern birds--an event which eventually led to toothless beaks--began about 116 million years ago.

And a report by Mirarab and Tandy Warnow, also from the University of Illinois Urbana-Champaign, along with their colleagues, describes how their team of researchers was able to produce the most accurate phylogenetic trees from gene trees with a technique they call "statistical binning."

Links to all of the reports related to this avian genome package can be found at http://www.sciencemag.org/content/346/6215/1308 when the embargo lifts.

Alongside the Science collection, a range of additional avian genome studies will be published by the open access publisher BioMed Central.

For embargoed access to the Science press package, visit http://www.eurekalert.org/jrnls/sci/ or email scipak@aaas.org or phone 202-326-7088.

All information released during the press teleconference and webcast will remain under embargo until 2:00 p.m. U.S. EST, Thursday, 11 December 2014.

A real-time transcript will be viewable at http://rcc.intercall.com/. To log in, please enter confirmation number 2488877.

To view the webcast portion, click the AAAS News Conference meeting link provided in the Science press package at http://www.eurekalert.org/jrnls/sci/.

The leader is Natasha Pinol, reachable at npinol@aaas.org. Reporters interested in joining the news conference are asked to send an email to scipak@aaas.org to pre-register.

The embargoed press teleconference, for journalists only, is being organized by the journal Science and its publisher, AAAS, the nonprofit international science society.

Audio files and a transcript will be available shortly after the news briefing, including author biographies, authors' remarks and editor's comments.

Speakers include Dr. Guojie Zhang from BGI-Shenzhen and Dr. Tom Gilbert from the Natural History Museum of Denmark. A video presentation by Dr. Erich Jarvis from the Howard Hughes Medical Institute/Duke University Medical School will be available.

Reporters interested in attending the press conference are asked to send an email to scipak@aaas.org requesting pre-registration. For directions, please email Dr. Yang at yangbicheng@genomics.cn or see map at http://www.genomics.cn/uploadfile/cms/file/20141121/map_456.jpg.

The embargoed press briefing, for journalists only, is being organized by the journal Science and its publisher, AAAS, the nonprofit international science society, in collaboration with BGI-Shenzhen.

An audio recording in English and Chinese will be available.

The report by Zhou et al. was supported by the National Key Basic Research Program of China, grants from the U.S. NIH, and a Packard Fellowship.

The report by Green et al. was supported by NSF grants; the Institute for Genomics, Biocomputing, and Biotechnology at Mississippi State University; the Australian Rural Industries Research and Development Corporation grants; the Howard Hughes Medical Institute and the NIH; and the Gordon and Betty Moore Foundation.

The report by Meredith et al. was supported by MSU FY2014 Separately Budgeted Research Internal Reward and Startup Funds and the NSF.

The American Association for the Advancement of Science (AAAS) is the world’s largest general scientific society, and publisher of the journal, Science as well as Science Translational Medicine and Science Signaling. AAAS was founded in 1848, and includes 254 affiliated societies and academies of science, serving 10 million individuals. Science has the largest paid circulation of any peer-reviewed general science journal in the world, with an estimated total readership of 1 million. The non-profit AAAS is open to all and fulfills its mission to “advance science and serve society” through initiatives in science policy; international programs; science education; and more. For the latest research news, log onto EurekAlert!, the premier science-news Web site, a service of AAAS.

The avian tree of life 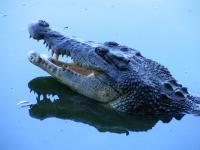