EUGENE, Ore. -- Native people of the Pacific Northwest were fishermen and food producers, as well as stewards of their environment who timed their fishing practices to promote the production of salmon and the other fish that they relied on. They were not simply hunter-gatherers, says University of Oregon archaeologist Madonna L. Moss.

Moss takes aim at the label "hunter-gatherer," writing in chapter three of her new book "Northwest Coast: Archaeology as Deep History" (Society for American Archaeology Press) that the "moniker has outlived its utility" for the people who inhabited the land from Alaska to Oregon long before European explorers arrived.

Moss, who has studied the Northwest since the mid-1970s, provides readers with an overview -- in easy-to-read language -- of what researchers have discovered at archaeological sites dating back more than 12,000 years. Most sites, she notes, are rich in fish remains. And many more sites, she says, likely have been buried by rising sea levels and never will be found.

"Most of what makes up these sites are faunal remains [animal bones and shells]. Most of the bones in these sites are fish bones. This book is about the 85 percent fish bones that make up these sites and what they can tell us about the people who lived here in the past," Moss said in an interview. It doesn't make sense for archaeologists to refer to early people of the Northwest coast as hunters-gatherers anymore, not even as complex hunter-gatherers. These people were fishers. They were fishermen. They knew how to process fish, live on fish. Local tribes often are confused by the term 'hunter-gatherer.' They have always thought of themselves as fishermen."

Future research, she argues, should focus on fish remains. "Whereas salmon are the most widely known, Pacific cod and other codfishes, rockfish, lingcod, greenlings, herring, flatfish, surfperch and sculpins are common," she writes.

The focus on fish is expanded greatly in a second book, "The Archaeology of North Pacific Fisheries," co-edited by Moss and Aubrey Cannon, an anthropologist at Canada's McMaster University. This 18-chapter book, published by the University of Alaska Press, looks in depth at fish remains found at numerous archaeological sites in the Northwest.

"The Archaeology of North Pacific Fisheries" provides an overview of studies done from Alaska to British Columbia to Puget Sound, and draws heavily from the descendents of the early inhabitants. Most of the authors are zooarchaeologists -- those who study animal remains but also focus on fish bones. The book extensively covers salmon-related discoveries and touches on lesser-known species that have been found. The book is aimed at their colleagues involved in environmental science, fisheries and resource managers.

"Northwest Coast" is barely 150 pages of text -- seven chapters that covers archaeology and anthropological discoveries, as well as walk readers through the key time periods in an effort to help general readers appreciate the complexity of the region's early inhabitants and their reliance and dedication to fishing. Only chapter six, "The Late Holocene Mosaic," might be considered a challenge to read, Moss says, but chapters three through six will especially appeal to readers interested in early settlements in the Northwest.

Fish records, Moss says, should be seen as archives of information to use in dealing with the environmental crises that are coming amid climate changes.

The two books combine to make a point that clearly surfaces early in "Northwest Coast" -- that cooperation with Native peoples is the key to archaeological research in the region. In "Northwest Coast's opening chapter, Moss compares the find of "Kennewick Man" in eastern Washington, where Umatilla tribal members were not respected and brought into the discovery early on, to the quietly unfolding story of the 10,300-year-old human remains found near Klawock, Alaska, where local tribes were invited to be partners as work progressed. The two discoveries unfolded within weeks of each other in 1996.

It is hoped, Moss says, that readers will think differently about the evolution of cultural complexity. "I think people were complex 12,000 years ago," she said. "The indigenous people of the Northwest coast not only relied on fish, sea mammals and plants, they utilized resources -- practices, techniques and technologies -- that actually enhanced the biological productivity of this region," Moss said. "I would argue that their practices made it more productive than it would have been without any human presence."

Northwest natives were fishers, not hunter-gatherers 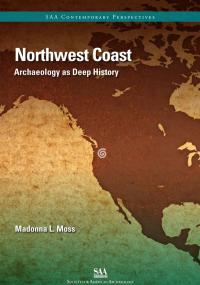 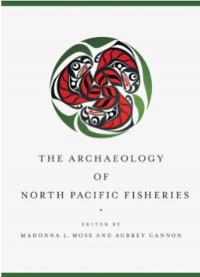 Cover of 'The Archaeology of North Pacific Fisheries'