Osaka - Life is driven by molecular machines. Found in every cell, these tiny motors convert chemical energy into work to keep the body moving. The invention of synthetic molecular machines, which perform similar jobs to power miniaturized technologies, is a hot topic in nanoscience.

Now, a team led by Osaka University has invented a ratchet-like molecular machine - a potential component of sophisticated molecular devices - which allows movement in one direction only. This allows the motion and chemical reactivity of a molecular machine to be observed simultaneously, which has been a long-standing challenge.

A classic design for molecular machines is a symmetric "dumbbell" - a large cyclic molecule in the middle, trapped between bulky blockers at each end, linked by a spacer. Inspired by this pattern (known as rotaxane), the Osaka team created a pseudo-rotaxane, where all three parts - the two blockers ("stations") and the central cycle - are small rings. The study was reported in Scientific Reports.

Both stations of their molecular machine are made from pyridinium, a six-membered cycle. Methyl (CH3) groups are attached to each station, like barbed hooks. However, one station carries a single methyl group, while the other end has two.

"This asymmetry sets up an axis along the molecule's length, favoring movement toward the double-hooked end, which acts like a stopper," study first author Akihito Hashidzume says.

The concept was demonstrated by using α-cyclodextrin (α-CD), a macrocycle made of six glucose rings. The α-CD ring is wide enough to fit over the one-hooked end and slide along the ratchet toward the stopper. On the way, it interacts with the stations and the central ring. In fact, α-CD catalyzes a chemical reaction in which the ratchet-like molecule exchanges hydrogen atoms with the water solvent.

Labeling experiments confirmed that this exchange occurred only at one end of the ratchet. When the reaction was carried out in heavy water (D2O), deuterium (D) atoms were found on the methyl groups of the one-hooked station and the central ring as well as on the methylene of the second station, but not the two-hooked stopper. It seems that the α-CD passed over the central ring but was blocked from reaching the methyl groups of the stopper.

"Here we have a chemical reaction coupled with motion biased in one direction," corresponding author Akira Harada says. "We call it 'face-selective translation,' as α-CD prefers to move from one face of pseudo-rotaxane to the other. We take our cue from nature: by ratcheting movement in one direction, we hope to harness chemical energy in a similar way to biomolecular motors, like those in muscles."

Ratchet up the pressure: Molecular machine exploits motion in a single direction 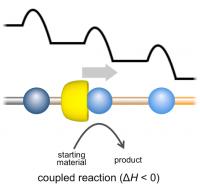 Fig.3 A Conceptual Illustration of an Artificial Molecular Ratchet