Married women with children have benefited the most from the UK public smoking ban according to Lancaster University researchers in the UK.

According to the World Health Organisation, smoking is directly linked to 6 million deaths every year worldwide leading to diseases like cancer, chest infections, strokes and heart attacks.

Smoking has been forbidden in enclosed public spaces like pubs and restaurants following bans in 2006 in Scotland and in 2007 in England.

The study led by Dr Eugenio Zucchelli of Lancaster University looked at people's own assessments of their psychological well-being both before and after the introduction of the bans in Scotland and England using a quasi-experimental design.

The researchers analysed data from the British Household Panel Survey to estimate the impact of the bans on the self-reported wellbeing of smokers, occasional smokers and non smokers, whether single or in a couple.

Dr Eugenio Zucchelli said: "We find that public smoking bans appear to have a statistically significant short-term positive impact on the well-being of married individuals, especially among women with dependent children."

Dr Zucchelli provided one potential explanation to justify these estimates: "Individuals with altruistic preferences towards their children would benefit more from the introduction of public smoking bans than non-altruistic parents, mainly for the expected reduction of their children's exposure to second hand smoke, at least in public places."

There were also increases in happiness among:

"Overall, our findings appear to suggest that the welfare impact of public smoking bans should not be limited solely to smokers but could also be extended to partners and family members of smokers." 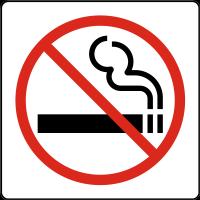