Smoking cannabis when you're young may increase your risk of developing heart disease later, according to a recent University of Guelph study.

Cigarette smoking is known to affect cardiovascular health, causing changes to blood vessels and the heart. Less is known about the impact of smoking cannabis on long-term CVD risk, even as use of the substance grows in Canada and abroad. Cannabis is the most commonly used recreational substance worldwide after alcohol.

"Cannabis is really widely used as a recreational substance all around the world and is becoming increasingly so," said Christian Cheung, a PhD student in the Human Performance and Health Research Lab, part of the Department of Human Health and Nutritional Sciences (HHNS). "Scientists haven't done that research with cannabis."

Cheung is the lead author of the study, published recently in the Journal of Applied Physiology. His co-authors were Dr. Jamie Burr and Dr. Philip Millar, both professors in HHNS and PhD student Alexandra Coates.

The team studied 35 subjects aged 19 to 30, half of whom were cannabis users. For all subjects, they used ultrasound imaging to look at the heart and arteries. They measured arterial stiffness and arterial function, or the ability of arteries to appropriately expand with greater blood flow. All three measures are indicators of cardiovascular function and potential disease risk.

Arterial stiffness was greater in cannabis users than in non-users. The team measured how fast a pressure wave travelled down the artery; stiffer arteries transmit a wave more quickly.

In cannabis users, cardiac function - inferred from how the heart moves as seen in echocardiographic images -- was lower than in non-users.

Cheung said the team was surprised to see no difference in artery dilation in response to changing blood flow.

"We don't yet know why in cannabis users there's no difference in vascular function," he said.

Cheung said differences may reflect variations in how tobacco and cannabis are consumed, as well as amounts and frequency and the user's age.

"We looked at young cannabis users. In the cigarette literature, heavy, long-term smokers show reduced vascular function but that's not necessarily the case for younger smokers."

The U of G researchers plan further studies to learn about potential impacts of these changes and disease risk in people who use cannabis.

"This is exciting new data, suggesting that even before more overt signs and symptoms of cardiovascular disease are present, there may be more subtle indications in altered physiological function," said Burr.

"It also paves the way to our next studies, aimed at understanding the direct effects of cannabis consumption, and how this may interact with common stressors of everyday life, like exercise."

Cheung emphasized that few studies have been done on the impacts of cannabis use on cardiovascular health.

"This is an exciting field of research given the ubiquity of cannabis use and the knowledge gap that exists, it's a field ripe with opportunity." 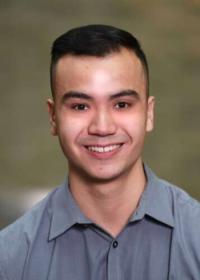