Despite the fact that the disease impacts so many people and carries with it a huge price tag -- estimated at tens of billions of dollars per year in medical expenses and lost wages, among other costs -- the factors that contribute to BPH have yet to be positively identified.

However, a new study conducted by UC Santa Barbara anthropologists suggests that the hormone testosterone -- specifically, an unnatural overabundance thereof -- may be a prime culprit. Building on previous research they conducted with the Tsimane, an isolated indigenous population in central Bolivia, Benjamin Trumble and Michael Gurven examined the prevalence of BPH among a group of approximately 350 adult males.

Within that group, advanced cases of prostate enlargement were practically non-existent. As a correlating factor, the Tsimane also have relatively low levels of testosterone that remain constant over their lives.

"Abdominal ultrasounds show they have significantly smaller prostates -- an age-adjusted 62 percent smaller prostate size -- as compared to men in the U.S.," said Trumble, a postdoctoral scholar at UCSB and the paper's lead author. "BPH is not inevitable for Tsimane men." The researchers' work appears in the Journals of Gerontology: Medical Sciences.

"We also know testosterone and androgens are involved because of studies showing that eunuchs and people who don't have testes have very low rates of BPH," Trumble added. "Some of the best pharmacological BPH and prostate cancer treatments involve reducing androgen levels. We also know from our own previous research that Tsimane have relatively low levels of testosterone -- about 30 percent lower than age-matched U.S. males -- and they have very low rates of obesity and hypertension and heart disease and all the other diseases of acculturation, including metabolic disease."

Despite having low testosterone overall, Tsimane men with higher testosterone levels (but still significantly lower than those of men in industrial populations) have larger prostates. According to the researchers, this has important implications for the millions of men who use testosterone supplements to counteract low testosterone. They may be putting themselves at risk for prostate enlargement.

"Basically, these guys taking testosterone replacement therapies are entering themselves into an uncontrolled experiment," said Trumble. "And this happened to women with estrogen replacement therapy from the 1980s to the early 2000s. And then the Women's Health Initiative study came out and showed that all these women were putting themselves at risk for breast and other cancers."

The researchers' findings raise questions about the health benefits -- and risks -- that come from our attempts to thwart Mother Nature. "In American men, testosterone levels decrease with age," said Gurven, a professor of anthropology and senior author of the paper. Gurven also is co-director of the Tsimane Health and Life History Project, a joint effort of the University of New Mexico and UCSB. "It's easy to look at that pattern and think, 'Well, if I want to reverse the aging process, I only need to return to the high levels of testosterone of my vigorous youth.'

"But there's probably a reason your body is producing less testosterone than it used to, and if you try to trick it and flood it with testosterone supplements, you may see some beneficial effects -- people report feeling more energized, having a stronger libido -- but at what cost?" he continued. "Perhaps even if you knew the costs, you'd still make the decision to use testosterone replacement therapy and discount the risks relative to the potential gains, but understanding those risks is vital in order to make an informed decision."

The bottom line: More long-term studies of testosterone replacement therapy in men are necessary to ensure its safety and efficacy.

"Something else we found is that even the men who did have anatomical BPH beyond a certain cutoff, the size that would require treatment in the U.S., those were exceedingly rare," said Trumble. "About 50 percent of men in their 70s in the U.S. have prostates larger than 40 cubic centimeters, which is the level where they start looking at major medical interventions. For the Tsimane, less than 1 percent of all men in the study had prostates larger than 40 cubic centimeters.

In addition to measuring prostate size, the researchers looked at the levels of glycated hemoglobin in the subjects' blood. Glycated hemoglobin -- HbA1c -- is a measure of long-term glucose exposure that in turn indicates the risk of diabetes. "Despite having subclinical levels of HbA1c, men with higher HbA1c had larger prostates," said Trumble. "Not one of the men in this study had HbA1c indicative of diabetes. These were all men with relatively low glucose levels.

"Among men with low testosterone and low diabetes risk, those with relatively higher testosterone or HbA1c were at higher risk of prostate enlargement," he said.

But what does the health and wellness of the Tsimane, a population of hunters and forager-farmers, tell us about ourselves?

"The Tsimane are living under conditions that are more typical of our preindustrial past," explained Gurven. "Working with populations like the Tsimane gives us a nice window into how traditional lifestyles and environments -- subsistence diet, physical activity, natural fertility, infectious exposure and kin-based social networks -- can shape health and wellbeing." The types of chronic diseases that afflict us today may manifest because of the relatively rapid changes in all these factors over the past several hundred years, he noted. Although gene frequencies continue to change, he said, we're still fundamentally "Stone Agers in the fast lane."

"Type 2 (adult onset) diabetes is one of these illnesses that under more traditional conditions wouldn't be as prevalent as it is today in high-income countries, or becoming increasingly prevalent in urban areas of low-income countries," Gurven said. "As groups of the Tsimane undergo change, we might very well see an increase in diabetes. Then it wouldn't be surprising if heart disease, BPH and other modern maladies follow suit, especially to the extent that these ailments share common causes.

"It's a great example of evolutionary medicine in which understanding our human biological history is really important in terms of the way we think about medicine," he added.

In the end, the researchers argue, prostate enlargement is not necessarily an inevitable part of male aging. It is a disease that our low-pathogen, resource-abundant sedentary lifestyle is creating for us.

When it comes to testosterone, more isn't always better 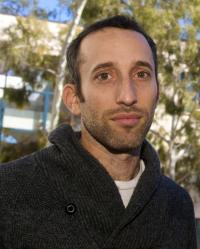 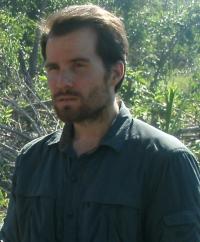