Sedation is frequently required for mechanically ventilated intensive care unit (ICU) patients to reduce anxiety, provide comfort, and assist in providing optimal respiratory support. It is estimated that each year, there are nearly 1 million U.S. patients treated with a continuous, intravenous sedative in an ICU setting.

A University of Utah study shows for the first time that continuous infusion benzodiazepines – a class of sedatives that includes lorazepam and midazolam, once considered the standard of care in the ICU – are linked to an increased likelihood of death among patients who receive mechanical ventilation, when compared to the sedative propofol. The research was published in the American Journal of Respiratory Critical Care Medicine (AJRCCM).

"We found there are better, safer ways than benzodiazepines to sedate people that can still deliver all the sedation you need while minimizing some of the complications associated with mechanical ventilation," says senior author Richard Barton, M.D., professor of surgery and director of the surgical intensive care unit (SICU) at University of Utah Hospital.

"Patients with renal failure and liver dysfunction have trouble clearing benzodiazepines and are more likely to be over-sedated," explains the principal author Nick Lonardo, Pharm.D. pharmacy clinical care coordinator for the SICU. "By staying on a ventilator longer, this puts patients at higher risk for developing ventilator-associated pneumonia and many of the other complications, including delirium, that come from being sedated for long periods in an ICU."

Although this is the first study to associate benzodiazepines with increased mortality, a number of smaller studies suggest that this class of drugs is associated with other adverse outcomes, especially delirium. Separate studies have linked delirium seen in the ICU to an increased risk for death. These smaller reports have already triggered a drop in the use of benzodiazepines over the last 10 years. This study found that within the data from the 104 intensive care units analyzed, there were nearly three times as many patients treated with propofol as compared to benzodiazepines.

Nevertheless, benzodiazepines are still the sedative of choice in some U.S. hospitals, and based on surveys, may be extensively used internationally. This is largely because these drugs are generic and less expensive than other sedatives. The authors of this study indicate that while there are patient-specific uses for benzodiazepines in the ICU and hospital, they should not be the routine agent of choice for sedation.

The study, reviewed in AJRCCM by Timothy Girard, M.D., and Benjamin Ferrell, M.D., of Vanderbilt University, notes that "theirs [Lonardo and colleagues] is the first study to also suggest that sedation with propofol rather than midazolam or lorazepam might reduce short-term mortality." When contacted, Ferrell added, "Previous studies have shown significant differences in non-mortality endpoints, which are important, but finding strategies that can improve survival is the ultimate goal."

A collaboration between SICU clinicians, data experts, and statisticians, this study is the largest comparative effectiveness analysis of its kind to investigate the outcomes of commonly used sedatives in mechanically ventilated ICU patients. The authors hope their work will help convince critical care clinicians around the world that use of propofol can, most importantly, saves lives, but also lower rates of associated complications, and consequently decrease health care costs.

Listen to an interview with Richard Barton, M.D. and Nick Lonardo on The Scope Radio (thescoperadio.com) http://bit.ly/1uDRkOu 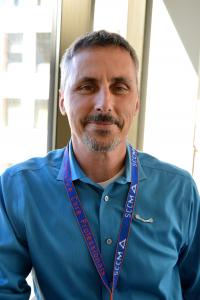 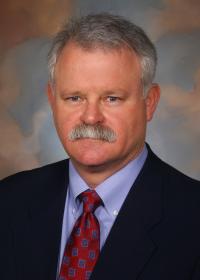