The BBVA Foundation Frontiers of Knowledge Award in the Basic Sciences category has gone in this eleventh edition to physicists Charles Kane and Eugene Mele, "for their discovery of topological insulators, a new class of materials with extraordinary electronic properties: (...) they behave as conductors on the surface, but as insulators in the interior," according to the committee's citation.

The discovery of topological insulators brought to light new properties of matter that had always been there, but that no one had thought to look for. Shortly after Kane and Mele predicted their existence, in 2005, a multitude of materials were experimentally verified to be insulators of this kind. The study of their properties and potential applications, including the development of tomorrow's quantum computers, is now among the hottest topics in physics research.

The "surprising discovery" of topological insulators, has, says the committee, confirmed "the existence of new phases of matter and ways of manipulating their properties. Moreover, the basic principles behind topological insulators have important implications beyond condensed matter physics, for instance in the generation of efficient photonic and electronic devices, or quantum information processing."

Charles Kane (Urbana, Illinois, United States, 1963) and Eugene Mele (Philadelphia, Pennsylvania, United States, 1950) work at the University of Pennsylvania, and are longstanding collaborators. The seed that led to their discovery of topological insulators was the characterization of graphene in 2004 as a single sheet of carbon one atom thick. Mele and Kane realized that graphene had the peculiarity of being neither an electricity conductor nor an insulator. It stood instead "at a critical point between these two states," explained Mele on the phone yesterday after hearing of the award. "We began to study the problem and that led us to the concept of this new insulating phase of matter."

The standard wisdom in the physics of the time was that materials had to be one of two types: conducting or insulating. "Metallic materials conduct electricity whereas insulators do not," explains the committee. However "Kane and Mele predicted in 2005 that this simple classification fails for a new class of materials called topological insulators, whose existence was experimentally confirmed soon thereafter."

The new laureates postulated in 2006 how a real material might look that fit the definition of a topological insulator. And just one year later, a laboratory came up with a combination of mercury and tellurium that displayed the properties predicted. However it was, like graphene, a one-atom-thick two-dimensional material, making it hard to synthesize. The real boom in the area had to wait until the next decade, and the discovery that 3D topological insulators actually exist in nature; among them cadmium telluride, a crystalline compound used in the manufacture of solar cells.

Kane and Mele were the first to express surprise at this new finding: "We initially thought that [topological insulators] could only occur at energy scales too small to be directly useful, but then we discovered one could do this in three-dimensional materials at energy ranges that are routinely accessible," says Mele. "In fact since then we have discovered that this phenomenon is not that rare in nature, it is just that people had not thought to ask the question or look for it before."

An essential characteristic of these materials is that their surface conductivity is "fundamentally robust," the committee remarks. What this means in essence is that topological materials are not affected by the presence of the impurities or other perturbations that can alter the performance of conventional conductors.

As Kane explains it, "[in topographical insulators] the conducting surface is very special because it cannot be destroyed. It is very robust, so for that reason there may be things you can do with it that you can't do with ordinary conductors. It is a new phase of matter, an insulator that is guaranteed to have this conducting state on its surface, and also it is topological, that is, it can be deformed without losing its conductivity."

It is this property that opens the door to improvements in today's electronic devices, enabling, for example, their further miniaturization. In topological insulators, "the flow of electric charge in the surface conductor is more organized than in an ordinary conductor," he adds, "and that might enable a smoother, more efficient flow, without overheating."

Yet the most promising applications lie in the future. Guaranteed conductivity, proof against any perturbation, is among the conditions of interest for the development of quantum computers with exponentially more processing power.

Applications as yet unimagined

For Mele, "the biggest pay-off may be things that we haven't really thought of. We have a new palette of materials and when you hand that to people who are clever they will do clever things with them. If I could travel ahead 50 years in a time machine, I would like to know what kinds of new devices have been developed that are informed by our basic research."

Both awardees, however, defend the value of their discovery above and beyond its potential applications: "What drives me is the beauty of what nature can do," says Kane. "Certainly major technical applications could emerge from this, but what fascinates me is discovering what nature can do with these seemingly simple building blocks. This topic arose out of curiosity about how matter could arrange itself. At the time, we had no idea it was going to develop into such a broad enterprise...".

"If I had only been willing to do work on things I knew were going to be technologically relevant in the short-term, I never would have discovered topological insulators. What made that possible was the fact of having the opportunity and the luxury of being able to follow my interests and my passion," Kane concludes.

Mele shares his view, adding that "what is so nice about this work is that the underlying thinking is very mathematical; elegant, simple and pretty. And that fusion of an underlying mathematical, simple structure and its connection with things that have a real-world technical pay-off is what we are striving for in science."

Charles Kane (Urbana, Illinois, 1963) completed a BS in Physics at the University of Chicago in 1985 and his PhD at Massachusetts Institute of Technology in 1989. After three years working as a postdoctoral associate at IBM's T. J. Watson Research Center in New York, in 1991 he joined the faculty at the University of Pennsylvania as Assistant Professor in the Department of Physics and Astronomy. He subsequently rose through the ranks at what would be his academic home to his current position as Christopher H. Browne Distinguished Professor of Physics in the School of Arts and Sciences.

Kane had around one hundred published papers to his name, twenty-eight of them in collaboration with Eugene Mele, and is a regular speaker at international conferences and congresses.

Eugene Mele (Philadelphia, Pennsylvania, United States, 1950) completed a BS in Physics at St. Joseph's University (Philadelphia) in 1972 then went on to earn a PhD in the same subject from Massachusetts Institute of Technology in 1978. One of his first professional posts was as an Associate Scientist at the Xerox Webster Research Center (New York). From 1981 on he has held successive appointments at the University of Pennsylvania (United States): as Assistant Professor from 1981 to 1985; Associate Professor from 1985 to 1989; and as Professor of Physics from 1989 to 2017. In this last year, he took up the position of Christopher H. Browne Distinguished Professor of Physics in the same institution's Department of Physics and Astronomy.

In the course of his career, he has authored 180 papers in leading scientific journals, and served as a reviewer for publications like Science, Nature, American Journal of Physics and Physical Review Letters. Organizer of numerous symposia, conferences and congresses, in 2001 he was elected a Fellow of the American Physical Society.

The rigor, quality and independence of the judging process have earned these awards the attention of the international scientific community and a firm place among the world's foremost prize families.

The committee in this category was chaired by Theodor Hänsch, Director of the Division of Laser Spectroscopy at the Max Planck Institute of Quantum Optics (Germany), and the 2005 Nobel Laureate in Physics, with Ignacio Cirac, Director of the Theory Division at the Max Planck Institute of Quantum Optics (Germany) acting as secretary. Remaining members were Emmanuel Candès, the Barnum-Simons Chair in Mathematics and Statistics at Stanford University (United States); Nigel Hitchin, Emeritus Savilian Professor of Geometry at the University of Oxford (United Kingdom); Hongkun Park, Mark Hyman Jr. Professor of Chemistry and Professor of Physics at Harvard University (United States); Martin Quack, Head of the Molecular Kinetics and Spectroscopy Group at ETH Zurich (Switzerland); and Sandip Tiwari, Charles N. Mellowes Professor in Engineering at Cornell University (United States).

The BBVA Foundation is aided in the evaluation process by the Spanish National Research Council (CSIC), the country's premier public research organization. The Foundation and CSIC jointly appoint the evaluation support panels charged with undertaking an initial assessment of the candidates proposed by institutions across the world and drawing up a reasoned shortlist for the consideration of the award committees. CSIC is also responsible for designating each committee chair.

The BBVA Foundation Frontiers of Knowledge Awards, established in 2008, recognize and reward contributions of singular impact in science, art and the humanities, privileging achievements that significantly expand the frontiers of the known world, open up new fields, or emerge from the interaction of various disciplinary areas. Their eight categories are congruent with the knowledge map of the 21st century, ranging from basic sciences to key challenges for the natural environment by way of domains at the crossroads of disciplines - Biology and Medicine; Economics, Finance and Management - or the supremely creative realms of music and the opera.

The annual ceremony of the Frontiers of Knowledge Awards will change venue this year, with the 11th and future editions sited in Bilbao. The presentation event, held until now in the Madrid headquarters of the BBVA Foundation, will take place on 18 June in the Euskalduna Conference Centre, which will also host the previous evening's concert in honor of laureates. The program at this gala concert will be performed by the Orquesta Sinfónica de Euskadi, from now on the principal orchestra associated with the Frontiers Awards.

After the first ten years of this international award scheme - with seven laureates subsequently going on to win the Nobel prize - the BBVA Foundation wishes to give new impetus to the social projection of the Frontiers Awards by giving the various formal and celebratory events a stable home in the Basque Country, concretely in Bilbao. 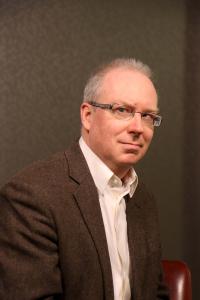 Charles Kane, Winner of the Frontiers of Knowledge Award in Basic Sciences