Our genes may have a bearing not only on our stroke risk, but probably also on how well we recover after stroke. For the first time, in international collaboration, scientists at the University of Gothenburg and elsewhere have identified common genetic variants that are associated with outcome after ischemic stroke.

The study, a meta-analysis of 12 international stroke studies, was led by research groups at two Swedish universities: Gothenburg and Lund. The study comprised more than 6,000 patients with ischemic stroke, the most common form of stroke, in which a blood clot causes a lack of oxygen in a region of the brain. Stroke can also be caused by a hemorrhage in the brain.

For the study, the patients were divided into two groups depending on their outcome at three months after ischemic stroke. One group was composed of people who had not survived and those who were dependent on help from others to cope with activities of daily living.

Those assigned to the second group were, three months after their stroke onset, able to cope unaided. By comparing analyses of the patients' genomes, the researchers were able to find several different genetic variants that appear to have played a part in the patients' outcomes.

"One of the common genetic variants we found was significant -- that is, clearly associated with a worse outcome in the large volumes of data we were able to access," says Annie Pedersen, a PhD student at Sahlgrenska Academy, University of Gothenburg, one of the lead authors of the study.

The genetic variant identified can be linked to another gene that is part of a major process involved in brain plasticity, which is the nerve cells' ability to adapt and take over functions when other nerve cells in the brain die.

The study took into account several other factors -- age, sex and the extent of the patient's brain damage -- that can also affect outcome after stroke. After adjustment for these factors, the association remained between the genetic variant and elevated risk of being in the group of patients who still, three months after the stroke onset, were unable to manage without assistance.

"Even if two patients seem to have the same prospects of recovering, their outcomes can be different. Studies on animals have indicated that there are genes that may contribute to the explanation, and we've now found support for them in humans as well," Pedersen says.

Our limited knowledge of why some patients recover well while others incur lasting functional impairments after the same type of stroke has made it difficult to develop new treatment methods, thinks Professor Christina Jern of Sahlgrenska Academy, who ran the study in collaboration with Professor Arne Lindgren of Lund University.

"In the long run we hope the research may enable us to identify new targets for medication that might help to improve poststroke outcome, but there's a lot of research to be done before we get there," Jern says.

Last year saw the publication of a study from an international research collaboration in which analyses of data from half a million people, 60,000 of them with stroke, resulted in 22 completely new genetic regions being linked to elevated risk of developing stroke.

The current study is relatively small in the context. But the plan is, through the international research network, to successively include more patients so as to be able to identify more genetic variants associated with the outcome after ischemic stroke. 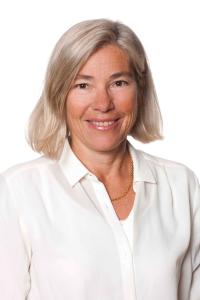