COLLEGE PARK, Md. -- The more leave time from work that a woman takes after giving birth -- up to six months -- the better protected she will be from experiencing post-partum depression, according to a study led by Dr. Rada K. Dagher, assistant professor of health services administration at the University of Maryland School of Public Health.

"In the United States, most working women are back to work soon after giving birth, with the majority not taking more than three months of leave," Dr. Dagher said. "But our study showed that women who return to work sooner than six months after childbirth have an increased risk of postpartum depressive symptoms." The study is published in the Journal of Health Politics, Policy, and Law.

The first year after childbirth presents a high risk of depression for women, with about 13% of all mothers experiencing postpartum depression, with debilitating symptoms similar to clinical depression. This study is the first to investigate the relationship between duration of maternity leave and a woman's postpartum depressive symptoms over the course of the entire year after childbirth. It measured symptoms using the Edinburgh Postnatal Depression Scale, a widely used and validated depression screening tool.

The study utilizes data from the Maternal Postpartum Health Study, collected by Dr. Patricia McGovern, professor at the University of Minnesota School of Public Health and a co-author on this study. Dr. McGovern followed a group of more than 800 women in Minnesota over the course of the first postpartum year and gathered data about depressive symptoms and mental and physical health at six weeks, twelve weeks, six months and twelve months postpartum. At the six weeks, twelve weeks and six months time frames, the women who were on maternity leave had significantly lower postpartum depression scores compared to their peers who had returned to work (See figure 1).

This year marks the 20th anniversary of the passage of the Family and Medical Leave Act (FMLA), the primary federal leave policy that provides support to working U.S. mothers of infants. However, the law only provides a maximum of 12 weeks of unpaid leave for eligible employees working for covered employers (i.e., those with 50 or more employees). Since many women are not covered by FMLA, or cannot afford to take unpaid leave, most women are back to work much sooner than may be ideal for maternal postpartum health. In this study, about 7% of the mothers were back to work by 6 weeks, 46% by 12 weeks, and 87% by 6 months. The United States lags well behind all other industrialized nations in terms of generosity of parental leave policies. In fact, research spanning 181 countries in the world showed that the U.S. is one of only three countries that do not provide paid maternity leave (the others are Papua New Guinea and Swaziland).

The study concludes that "the current leave duration provided by the Family and Medical Leave Act, 12 weeks, may not be sufficient for mothers at risk for or experiencing postpartum depression" and that future leave policy debates should take into consideration the postpartum health of mothers. Moreover, "employers should consider providing more generous leaves than the 12 weeks of unpaid leave granted by the FMLA through expanding the duration of leave given or providing paid leave or both," urged Dr. Dagher. 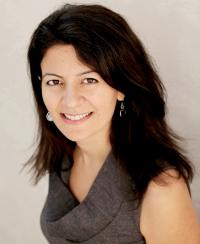