A focus on policies to conserve tropical forests for their carbon storage value may imperil some of the world's most biologically rich tropical forests, says new research.

Many countries have climate-protection policies designed to conserve tropical forests to keep their carbon locked up in trees. But the new study suggests these policies could miss some of the most diverse forests because there is no clear connection between the number of tree species in a forest and how much carbon that forest stores.

Lead author Dr Martin Sullivan, from the School of Geography at the University of Leeds, said: "International programmes often encourage the conservation of forests with high carbon stocks, because their focus is to try to slow climate change. Until now, we didn't know whether these programmes would also automatically protect the most biodiverse forests. It turns out they probably won't."

A team of scientists from 22 countries measured both tree diversity and the amount of carbon stored in 360 locations across the lowland rainforests of the Amazon, Africa and Asia. In each plot the carbon stored was calculated using the diameter and identity of every tree within a given hectare (2.5 acres). In total 200,000 trees were measured in the study.

The results, published in Scientific Reports, show that African tropical forests, spanning the Congo and West Africa store high levels of carbon, but are the least species rich. Forests in the Amazon and Asia, mostly in Borneo, have the greatest diversity of tree species, yet the Amazon tends to store less carbon per hectare than forests in Africa and Asia.

Co-author, Dr Joey Talbot, also from the University of Leeds, explained: "In many ecosystems, sites with more species tend to lock up more carbon. But this doesn't work for tropical forests. Most tropical forests already have many species, and it may be that beyond a certain point adding even more species makes no difference to carbon stocks."

The study examined remaining intact tropical forests, the most biologically diverse ecosystems on the planet, home to half of all species. These forests also play a critical role in the global carbon cycle, storing 250 billion tonnes of carbon. Protecting them is essential -both to secure a future for millions of species, and to meet the global commitment of keeping temperature increases well below 2 degrees C.

Although biodiversity did not boost carbon storage, it could still be important in the long run.

Co-author Professor Oliver Phillips, from the School of Geography at Leeds and leader of the RAINFOR forest monitoring network in the Amazon said: "We found some forests with fewer tree species storing a lot of carbon, while other very diverse forests had remarkably little. Yet the wonderful diversity of tropical forests, with millions of plant and animal species, is something we rightly celebrate. And now forests face rapidly changing climates, so conserving the full variety of life present could make a critical difference in allowing them to adapt."

Co-author Professor Simon Lewis, also from the School of Geography at Leeds and founder of the AfriTRON forest monitoring network in Africa, added: "It's critically important to keep this carbon out of the atmosphere. But we need to remember that forests are more than just sticks of carbon. Local community uses, species diversity, and the many other values of forests should be taken into account to plan adequate conservation strategies for the 21st century. A simple focus on carbon is never enough."

"Diversity and carbon storage across the tropical forest biome" by Sullivan et al. is published in Scientific Reports on 17 January 2017 (DOI: 10.1038/srep39102)

The study was a global collaboration across the RAINFOR, AfriTRON and T-Forces networks. These unite hundreds of scientists who are dedicated to monitoring Amazon, African and Asian forests from the ground-up. Centred on permanent forest plots that track the lives of individual trees, the networks emphasise careful, long-term, on-the-ground research to assess the behaviour of the world's most active carbon exchange system, and to understand the impact of tropical forests on the global climate. All three networks foster the development of young scientists and skilled technicians in tropical countries. The networks are supported by funding agencies in Brazil, Colombia, Gabon, Peru, Venezuela, the UK (NERC, the Royal Society, Leverhulme Trust), and the US (Moore Foundation), and the EU (European Research Council).

NERC is the UK's main agency for funding and managing research, training and knowledge exchange in the environmental sciences. Our work covers the full range of atmospheric, Earth, biological, terrestrial and aquatic science, from the deep oceans to the upper atmosphere and from the poles to the equator. We co-ordinate some of the world's most exciting research projects, tackling major issues such as climate change, environmental influences on human health, the genetic make-up of life on Earth, and much more. NERC is a non-departmental public body. We receive around £330m of annual funding from the Department for Business, Energy & Industrial Strategy (BEIS). http://www.nerc.ac.uk/

The European Research Council (ERC), celebrating its tenth anniversary in 2017, is the first funding organisation for excellent frontier research set up by the EU. It offers three grant schemes - Starting Grants (up to €1.5 million), Consolidator Grants (up to €2 million) and Advanced Grants (up to €2.5 million) - for individual researchers of any nationality and age to carry out projects in Europe. To date, the ERC, a part of the of the European Union's Horizon 2020 programme has funded some 7,000 top researchers at various stages of their careers. https://erc.europa.eu/

Climate policies alone will not save Earth's most diverse tropical forests 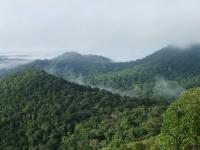 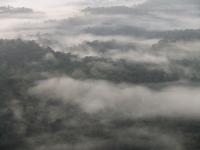